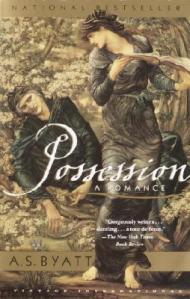 When Possession (A.S. Byatt) came out in 1990, readers of literary fiction swarmed libraries and bookstores to get copies of this story-within-a-story relating the modern day characters to famous people in the past. In Byatt’s tale, a scholar finds an old letter written by Randolph Ash, which leads him into delicious research that in turn reveals connections between that past and his present. Later Martha Cooley invented an even more intricately plotted story, The Archivist, in which a librarian at an Ivy League university guards the letters of T.S. Eliot to his lover, Emily Hale, from the eyes of the world – at least until 2020 when the letters’ owner will allow academic access to the collection. The archivist, Matthias Lane, did not anticipate the tenacity of Roberta Spire, however, and eventually the treasure trove is plundered. As a result, the relationship between Hale and Eliot comes to light, while simultaneously Lane’s past is revealed as he works through a new relationship with the much younger Roberta. The lives of those in the present mirror those under scrutiny. A trend toward this parallel story line novel yields a number of great newer titles for those of us who enjoy stories tangibly connecting the present with the past through an artifact, through research, or through paranormal means. 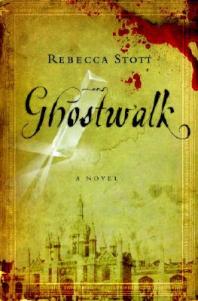 es bring them into the world of another time. In Ghostwalk, Rebecca Stott gives us Lydia Brooke, who must finish a biography of Isaac Newton after Cambridge scholar and author Elizabeth Vogelsang dies mysteriously. Newton’s ghost has a thing or two to reveal about alchemy and murder in the ivied halls while a brooding evil seems to hover over Lydia as she works. John Crowley’s Lord Byron’s Novel: The Evening Land, Crowley posits the theory that Byron wrote a horror story later translated to code by his daughter to protect it from her mother’s destructive anger. The novel is a clever intertwining of Byron’s horror story, the revelation of his family issues and the account of two scholars in modern times who decipher the code and whose lives trace a similarly Byronic path. In Autumn Bridge (Takashi Matsuoka), a missionary translates the Okumichi clan scrolls tracing back to feudal Japan, an ancient prophecy is revealed, linking 19th century Lord Genji with a 14th century seer who still bestows a mysterious gift on her descendents. And, in The Aviary Gate by Katie Hickman, the mystery of an Englishwoman confined to a harem in Istanbul is finally solved more than 100 years later.

In Burning Road by Ann Benson, a medieval healer’s journal comes into Dr. Janie Crowe’s possession at the outbreak of a horrific epidemic and may help her save a remnant of society. The action shifts from modern to medieval doctors as they battle to conquer plagues in two different centuries. The sequel is The Physician’s Tale. Jane Johnsons’ The Tenth Gift features a 17th century volume of embroidery patterns, in which women captured by pirates and sold as slaves in 1625 wrote their diary.

While on an archaeological dig in France, Alice Tanner stumbles into a shallow cave where she discov 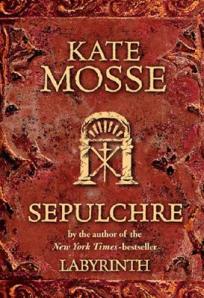 ers two skeletons and a labyrinth pattern on the wall in Labyrinth by Kate Mosse. The labyrinth links her mind with that of Alais, her ancestor and counterpart, whose story played out in the 13th century and whose circumstances intervene in the present. Mosse’s new book, Sepulchre, takes place at the Domaine de la Cade where a tarot deck may hold the power of life and death in 2007 as it did in 1891. In a similar way, Louise Erdrich uses an Ojibwe artifact in Painted Drum as the mystical healing force and connector of the bereaved who exist now and those whose sorrow created it in another century.

These parallel stories cause us to stop and think about the nature of good and evil, of humanity’s place in a changing world and of the mistakes repeated from one generation to the next. We may even begin to wonder about the existence of the collective unconscious, or even a family subconscious!