While I do enjoy a good old fashioned Gothic ghost story from time to time, I have to come out of the closet with a deep, dark secret: I like my horror as bloody, gruesome and gory as possible. I like it when bones are broken, heads are severed and every excruciating detail of the kill is laid out in a fashion most explicit. For me, it doesn’t matter if the bad guy is a serial killer, a vampire, a zombie or, in one case, the very god of sharp objects and unquenchable thirst for viciousness. I like it all!

Because I want to expose readers to authors or books they may not have heard of, I have excluded those well-known masters of horror, like the Honorable Stephen King and Clive Barker. So for all of my fellow splatterpunks out there, I give you my top five picks of grisly Halloween stories!

The God of the Razor by Joe R. Lansdale
A collection of the classic novella “The Nightrunners” and other stories involving Lansdale’s evil deity creation, Razor, is perverted and raw. While the descriptions of the God of the Razors are the stuff of nightmares, it is the human emissaries he manipulates that are truly disturbing. The fact that this also contains Lansdale classic short story “Incident on and off a Mountain Road” is just a dreadful bonus!

The Traveling Vampire Show by Richard Laymon
This book is like an amped-up, adult version of Something Wicked This Way Comes, bled of that classic novel’s golden nostalgia and elegant prose. Instead, the author gives us all too-human teenagers with a penchant for cheap thrills and appetites best kept in check. The reader is treated to an arresting commentary on the rubbernecking culture of modern society that shows surprising depth and feeling.

The Drifting Classroom by Kazuo Umezu Be warned: though Classroom is a graphic novel series, this is one of the most disturbing, sickening and, well, graphic books I’ve ever read. Oh, and it’s scary as hell. It’s the story of a 6th-grade boy named Sho and his classmates who find themselves, along with the entire school, transported to a barren wasteland with no explanation. Just when things start looking up, Umezu puts his characters through another torturous experience. 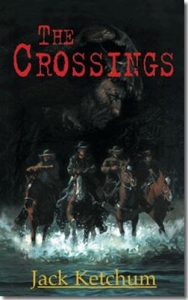 The Crossings by Jack Ketchum
Believe it or not, this one is a Western, which is a genre not usually known for its own unbidden terror. However, Ketchum is a truly gifted author, and The Crossings is a disturbing and powerful novella full of true (grim) grit. In this wildly original story, it is the year 1848 and for some in the Southwest, the old Mexican gods Tlazolteotl, Eater of Filth and Xipe, Lord of the Flayed never truly died with the coming of Christianity. 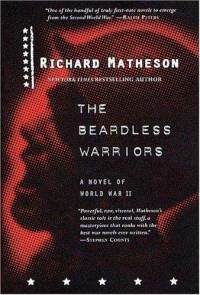 The Beardless Warriors by Richard Matheson
While Matheson is surely well-known to most horror fans, The Beardless Warriors is considered by many, including yours truly, to be a lost classic. It’s not a horror novel, per se, but rather a true life inspired depiction of teenage soldiers during WWII.  If you can imagine The Red Badge of Courage rendered with every bloody detail while losing none of the psychological exploration or narrative power, you’re about halfway there. The fact that Matheson himself is a veteran gives the story a chilling resonance.