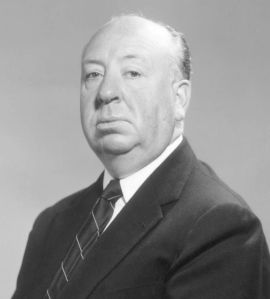 Few artists have had such long and successful careers as the supreme stylist of suspense, Alfred Hitchcock. The University Branch is celebrating Hitchcock’s remarkable longevity with a film series showcasing one film from each of the six decades he worked in, from the silent era of the 1920s all the way to the grimy Technicolor styles of the 1970s. Please join us on select Mondays at 6:00 all summer long for chills, thrills, and free popcorn!

The program starts tonight with Hitchcock’s most renowned silent feature, The Lodger. The film is about a landlady who fears one of her tenants may be a serial killer. There are few better examples of the power of editing than the fright elicited in this film, with nary a sound effect added for emphasis. Preceding tonight’s screening, film critic Robert Horton and public radio host Steven Scher will kick off the series with a discussion of Hitchcock’s entire career.

On July 7, we will be showing The Lady Vanishes, simply one of Hitchcock’s most fun films.  Star Margaret Lockwood meets a sweet old woman (played wonderfully by Dame May Whitty) on a transcontinental train ride. Then, as the title states, the elderly woman disappears!

July 14 will see a screening of Notorious, a film of almost unparalleled suspense. Secret agent (and overt charmer) Cary Grant enlists Ingrid Bergman to infiltrate a group of Nazis living in South America. But what happens when the Nazis find out that they have a spy in their midst?

Cary Grant and Jimmy Stewart each made four films with Hitchcock and the debate rages on as to who was the better leading man. Decide for yourself with our July 28 showing of Rear Window, which features Stewart as an injured photographer who suspects his neighbor is a killer.  Meanwhile, Grace Kelly gets one of the greatest close-ups in cinema history.

Tune up the violins and clean out the bathtub because on August 4 we’ll be screening Psycho. Nowadays it’s difficult to see just how revolutionary Psycho was upon its release, not just for Hitchcock’s career but for the future of horror cinema. One element that certainly hasn’t been lost in the ensuing 50 years is the overwhelming terror that permeates the screen.

Finally, we close out our retrospective on August 11 with Hitchcock’s penultimate picture, 1972’s Frenzy. The film shares many elements with The Lodger, particularly its focus on a serial killer. Come and see how much changed over five decades in terms of Hitchcock’s style and preoccupations, as well as how much stayed the same.

2 thoughts on “Movie Mondays: Hitchcock through the Decades at the University Branch!”