We are thrilled to have Seattle novelist and screenwriter Bridget Foley, author of Hugo & Rose, here today to share a few favorites from her nightstand pile. 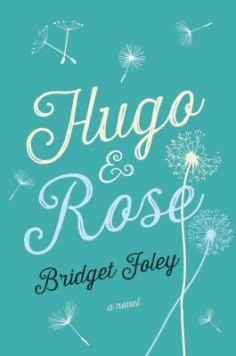 Eleven years ago when I moved in with my husband I insisted that we keep no bookshelves in our bedroom. Since we are both writers, we are drowning in books, and I think I was hoping to stem the tide by making a breakwater around the marriage bed. Knowing me, I probably sold him on it by making some proclamation about dust.

The result is that instead of shelves in my bedroom, I have stacks. There are currently 34 books divided between my nightstand, bureau and the floor between. There are two lost in my comforter and one that lodged itself between the mattress and the bed frame last night as I fell asleep.

Of the number which have made it past the breakers, seven are library books, four were written by friends, two are about child loss and one is an outdated Frommer’s about Washington state I will probably never open. One I bought because I liked the title, but have no current plans to read. Three of them are signed copies (only one of these from a buddy) and one is my own book, which looks strange and out of place and should probably make its way back to the living room.

It’s dangerous to ask me to recommend a book because I treat a one-time solicitation like an open door; Subject Line: YOU MUST READ THIS! Followed by some hastily thumbed title. No reply necessary.

But with door opened, the following are the books I’d enter with: 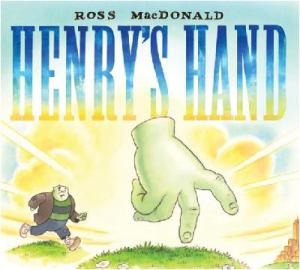 Any and all books illustrated by Ross MacDonald
Childhood is too short for lousy picture books — and I don’t think childhood’s end is a good reason to stop appreciating the incredible art, humor and complex story-telling available in the very best picture books. Instead of looking through the children’s section myself, I always ask a librarian which picture books he would recommend after listing a few of my own established favorites. This is how I discovered MacDonald’s work, which uses antique letterpress and gorgeous watercolor “Dick & Jane-esque” illustrations to create a wonderfully modern, fresh style. I’m partial to Achoo! Bang! Crash!  But my son loves Henry’s Hand.

An Exact Replica of a Figment of My Imagination by Elizabeth McCracken
My infant daughter passed away a little more than a year and a half ago. One of the cruelest symptoms of my grief was that for a time I lost the ability to read anything longer than a paragraph. While I still struggle, it was McCracken’s beautiful memoir about the still-birth of her first son and the subsequent live birth of her second that finally made the words stop swimming in front of my eyes. McCracken’s writing is the most clear, distilled and deeply human writing about what it feels like to lose a child that I have found. This book was a life raft for me and I am so very sad and yet so terribly grateful that she had to write it.

The Flicker Men by Ted Kosmatka
One of the perks of being a writer is getting to make friends with really talented people and read their books before everyone else does. Ted is a friend, a fellow Seattle area writer, and his book THE FLICKER MEN is coming out this July — and it’s very rightly getting all sorts of love from reviewers ( Both Publishers Weekly and Library Journal gave it a glowing star). The book features a physicist who, while replicating a classic experiment about the behavior of photons under observation, happens upon possible scientific evidence of the human soul. The book is smart, the writing is lyrical and the conclusion is action packed.

75 Poems on Retirement, edited by Robin Chapman & Judith Strasser
Seattle has a vibrant poetry scene, much due to the fostering of poets at Hugo House under the leadership of Tree Swenson. Living here has opened my eyes to the exciting work of local poets like Kelli Russell Agodon and EJ Koh (neither of whom are featured in the above collection, but should both be sought out on their own merits.) I picked up 75 Poems on Retirement from the library on a whim — since I am nowhere near retiring — and it is one of the few books that has driven me to purchase a new copy while I still had one checked out. Large and small meditations on age, realities of life and the necessities of death make reading this book a thoughtful joy. I’ve come to realize that poetry is particularly suited to our 140 character obsessed, Instagram-quotes-pasted-on-pretty-pictures modern world, because poetry can deliver something profound and carry you to new shores with only a few lines. This is a fact I hope more people will discover.

tumbling on Happiness by Daniel Gilbert
I did a great deal of research on neuroscience while prepping to write Hugo & Rose because I wanted to ground the story’s magical realism with real science about the human brain. I found John Brockman’s collections to be enormously helpful, but it was STUMBLING ON HAPPINESS that has stayed with me. Daniel Gilbert’s book is pop-science at its very best. The book addresses difficult concepts in a layman-friendly and humorous way. I find myself still referencing this book and thumbing through it on a fairly regular basis.

Bridget Foley will be appearing at Elliott Bay Book Co. on Monday, June 1, at 7 p.m. (free event; details here).  In her debut novel, Hugo & Rose, a woman experiences fantastical dreams about a man and then stumbles across this dream man in real life, triggering unexpected questions, lies and obsessions that threaten everything she knows. A Booklist Magazine reviewer said: “Foley’s imaginative and insightful novel will hold readers spellbound as it builds to a stunning conclusion.”