The books we read reflect the interests and concerns of our times, so it is no surprise that 2015 was an important year for non-fiction that delved into race in America. As we struggle to reach better awareness and deeper understanding, few things are quite so helpful as a good book. Beyond merely informing our views, books provide us with grounds for discussion and forums where diverse people can meet and explore our shared interests and concerns, and our diverse outlooks and experiences.

2015 saw the publication of many outstanding non-fiction books involving race: here is a small sampling. 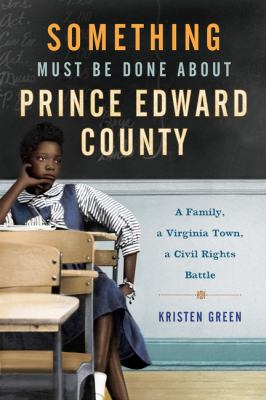 Give Us the Ballot: The Modern Struggle for Voting Rights in America, by Ari Berman
The engrossing and revealing story of the long road leading to the Voting Rights Act of 1965, and the gradual erosion of those rights through discriminatory legislation purposely designed to disenfranchise poor and minority voters. Here is a startling wake up call for all who believe in the promise of American democracy.

Between the World and Me, by Ta-Nehisi Coates
Written as an open letter to his son, Coates’s stunning and often poetic contemplation of what it means to be Black in America forces us to look forwards to the society we want to live in, and to recognize how far away that is. If there is a must-read 2015 title on race, this candid and powerful testimonial is it.

Something Must Be Done About Prince Edward County: A Family, a Virginia Town, and Civil Rights Battle, by Kristen Green
After the Supreme Court ruled against school segregation in Brown v. Board of Education, Farmville, Virginia decided to close their schools rather than integrate. Combining history and memoir, Green looks back at these lost years and the enduring legacy of hatred that they helped to perpetuate.

Negroland: A Memoir, by Margo Jefferson
The Pulitzer-Prize winning journalist recalls her upbringing in a well-to-do Chicago enclave as a child of privilege in a land of prejudice, poised in the curious and exceptional position of “third race.” A moving consideration of American class and culture from a particularly telling vantage point.

Trace: Memory, History, Race, and the American Landscape, by Lauret E. Savoy
Environmental Studies professor Savoy takes a fascinating, elegiac look at the soil from which her own diverse roots have sprung, unearthing past crimes and indignities and delving into the inseparable bonds between history, people and place.

The Trouble with Post Blackness (various)
The diverse range of voices in this collection of scholarly and personal essays explore just what it means to be Black in America today, pointing out the paradoxes and issues that lurk within prognostications about a “post-racial” era.

Other excellent 2015 non-fiction dealing with race in the present and past includes Twisted: My Dreadlock Chronicles, by Bert Ashe; The Long Emancipation: The Demise of Slavery in the United States, by Ira Berlin; The Land Shall be Deluged in Blood: A New History of the Nat Turner Revolt, by Patrick H. Breen; How I Shed My Skin: Unlearning the Racist Lessons of A Southern Childhood, by Jim Grimsley; Showdown: Thurgood Marshall and the Supreme Court Nomination That Changed America, by Wil Haygood; Forgotten: The Untold Story of D-Day’s Black Heroes, at Home and at War, by Linda Hervieux; The Radical King, by Martin Luther King Jr.; The Making of Asian America: A History, by Erika Lee; March: Book Two (a graphic novel), by John Lewis; Household Workers Unite: The Untold Story of African American Women Who Built A Movement, by Premilla Nadasen; Firefight: The Century-long Battle to Integrate New York’s Bravest, by Ginger Adams Otis; We Could Not Fail: The First African Americans in the Space Program, by Richard Paul; Education of Kevin Powell: A Boy’s Journey Into Manhood, by Kevin Powell; and Under Our Skin: Getting Real About Race – and Getting Free From the Fears and Frustrations That Divide Us, by Benjamin Watson. Here’s a list in the catalog with all of the titles featured above – and here’s a companion post about the year’s best fiction dealing with race.

One thought on “Reading Race: Best Non-Fiction of 2015”