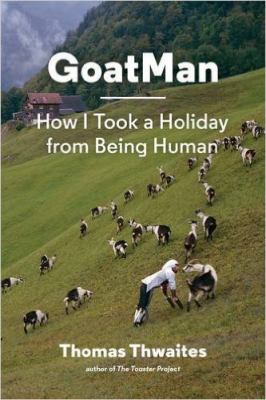 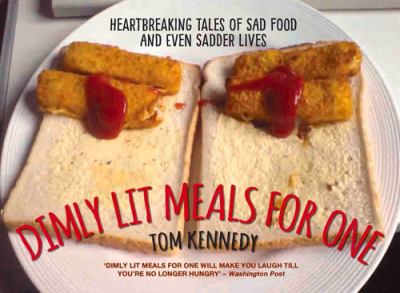 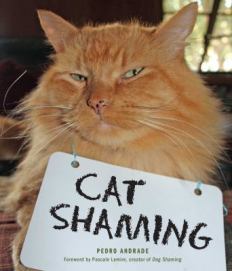 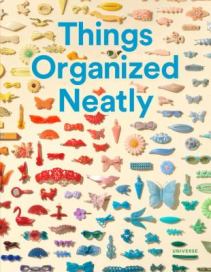 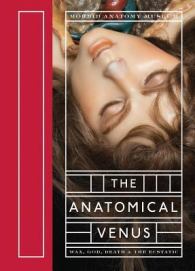 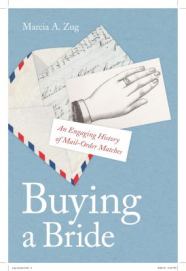 Have you read up on bog bodies and tripe? Are you caught up on clothing that kills and bad clowns? If so, here’s another group of wonderfully weird nonfiction.

Goatman: How I Took a Holiday from being Human follows Thomas Thwaites as he dons a goat exoskeleton and lives among a herd of goats in the Alps to escape “the angst inherent in being a human.” While I share his angst, I won’t be eating grass with a prosthetic goat stomach anytime soon.

Dimly Lit Meals for One: Heartbreaking Tales of Sad Food and Even Sadder Lives, recently featured on NPR, features photos submitted to Tumblr alongside fictional tales of woe about the poor soul who has to eat said sad meal. For those sick of slick food photography and Happy Meals.

Cat Shaming features cats behaving badly, and getting caught! Each photo in this Tumblr inspired book features a cat with a sign about their misdeeds written by their owners. Something tells me these cats aren’t remorseful. If you’re not a cat person, there’s always Dog Shaming.

Things Organized Neatly, yet another Tumblr inspired book, will appeal to neat freaks, obsessive-compulsives, and those who find images of objects arranged in an orderly fashion visually appealing. If you organize your clothes by color on the ROYGBIV spectrum, then this is the book for you.

The Anatomical Venus: Wax, God, Death & the Ecstatic tells a fascinating story from 18th century Venice, when wax figures of beautiful women – complete with exposed organs – were on display to teach human anatomy and educate the public. Author Joanna Ebenstein is co-founder of the Morbid Anatomy Museum.

Buying a Bride: An Engaging History of Mail-Order Matches traces the history of mail-order brides in America, from the “Tobacco Wives” of Jamestown to today. While women in mail-order marriages have been subjected to any number of injustices, the author also states that it has empowered women as well. Discuss!