I finally traveled abroad for the first time last year to Mexico! It was beautiful and rugged, but the best part was the food! I searched and searched the library to track down the food I fell in love with. Here are the recipes I’ve found and the stories attached:

Bacon Wrapped Monkfish with Tequila and Chives: My friend and I arrived in Guadalajara and after that long flight we were starving. We were picked up by her sister and brother-in-law who have lived in a community in San Juan Cosala for a few years so when it came to food we were in good hands. We stopped at a lovely restaurant near their home and sat out in a garden courtyard with a view of the mountains surrounding Lake Chapala. When I visit other places I try to eat things I’ve never had before so I gravitated towards their monkfish special. Now it wasn’t wrapped in bacon, but the flavor of the monkfish was absolutely amazing and the vegetables were so full of flavor. I would soon discover that vegetables in Mexico are the best I’ve ever had. 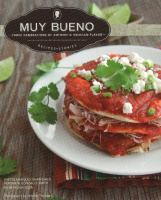 Chilaquiles Rojos: Down the street from the community in San Juan Cosala is a little restaurant on the corner called El Globo. This is where I had my first breakfast in Mexico. I had the Chile Relleno with rice, beans, and chilaquiles rojos. Although that sounds like a lot of food the portions in Mexico are so much smaller than we have come to expect in the states. It was the perfect amount of food, everything was cooked so well and the chilaquiles rojos had just a bit of crunch in the tortillas. The tortillas by the way were cooked in a wheelbarrow oven! It was amazing to watch. 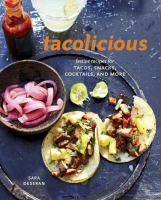 Margarita Picante: My friend and I took a getaway to Sayulita for Dios de los Muertos and arrived to an epic rainstorm. The next day it was just coming back to normal so we decided to hit the beach, the humidity and sun was almost a bit too much, but we found this sweet bar filled with mass amounts of umbrellas so we took refuge. We weren’t particularly hungry, but we got chips and salsa and margaritas! We wanted something a little different so the bartender made us cucumber and serrano pepper margaritas, this recipe was the closest I could find to that divine beverage. We asked for another round to-go so we could laze around in our hammock on the patio of our room and had a wonderful siesta until it cooled off and we made our way out again.

Mussels with Salsa Mexicana: On Halloween night in Sayulita we decided it was time we treated ourselves to one of the “pricer” restaurants. We went to Don Padro’s, which was right on the beach. The sun had just set and the town was a buzz with children trick or treating in the village. While costumes walked passed us we enjoyed appetizers of Mussels with Salsa Mexicana…it was to die for! The way the queso and the salsa mixed together was buttery and wonderful. After more food and drinks we walked through the town square, in awe of the village coming alive with anticipation of the festival, alters were being built and restaurants and bars were bursting! It was a sight to behold. 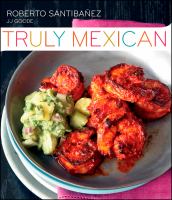 Molecajete: My last dinner was at Viva Mexico Tia Lupita in San Juan Cosala, on the walls of the restaurant were murals that explained the history of the place I had come to visit. Just as we sat down and ordered our drinks the waitresses went and stood by the front door looking out onto the street and I heard music. There was a parade! I too went to the door and my waitress apologized about not getting the beverages. I told her those can wait the parade should be watched. The colors and sounds and people with smiles and laughter bounced off the walls, it was magical. As the parade continued on its journey through town I sat down again. I ordered a Molecajete a lava bowl steaming with meat and cheese, I felt transported to an older time, older place.

Tacos, Tortas, and Tamales: Flavors From the Griddles, Pots, and Streetside Kitchens of Mexico By Roberto Santibañez

Fish Tacos: After recovering from our last night in Mexico we woke up lazily, my friend took a walk with her brother in law, while I lounged on the patio reading and taking in the view of the mountains and active volcano in the distance. The dogs in the yard started getting excited and barking and as I looked out onto the street I saw cows and bulls! It was a wonder of a morning! As afternoon crept upon us and we packed our bags we stopped in at one more restaurant before making our way to the Guadalajara airport. I had the most delicious fish tacos ever at Just Chillin’ in Ajijic and the trip ended just the way it began…with food.