Seattle Repertory Theatre presents ROZ + Ray by Karen Hartman from October 14 – November 13, 2016. Librarians at Seattle Public Library created this list of resources to enhance your experience of the show: Seattle Rep’s ROZ AND RAY: Beyond the Theatre 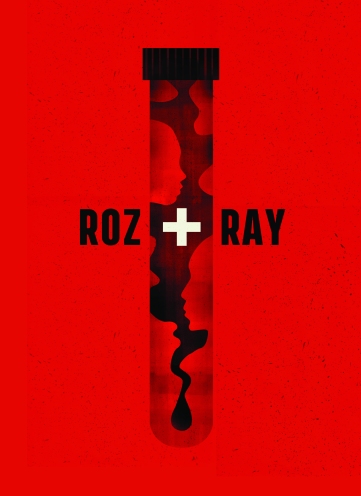 I was a small child when the AIDS crisis broke, but I still recall a general sense of panic and confusion in the air. AIDS was mysterious and terrifying. Despite my limited scope of knowledge, I understood that blood was at the center of this crisis. Karen Hartman’s new play, Roz and Ray, explores the tragedy of contaminated blood used in the treatment of vulnerable hemophiliacs. Ray, the father of twin boys with hemophilia, and their doctor, Roz, will do almost anything to save them.

Treatment for hemophilia was just beginning to be revolutionized in the 1970s by the blood-clotting plasma concentrate, Factor VIII, when it was discovered that the blood supply was contaminated with the AIDS virus in the mid-1980s. For three years after the first case of HIV/AIDS was discovered in a hemophiliac patient, the blood supply remained contaminated and untested. This was enough time for nearly half of all hemophiliacs in the United States to be infected. Ryan White was 13 when he contracted AIDS from a blood transfusion to treat his hemophilia. Learn more in his autobiography, Ryan White, My Own Story.

To learn more about the AIDS crisis, try And the Band Played On: Politics, People, and the Aids Epidemic by Randy Shilts. Almost 30 years since it was first published in 1987, journalist Shilts’ probing investigation is still considered one of the most definitive accounts of the AIDS crisis in America.

For an eyewitness account, try Abraham Verghese’s memoir, My Own Country. Verghese, an infectious disease specialist, was at the center of the AIDS crisis in a rural conservative Tennessee community in the mid-1980s. The author describes his experiences treating PWAs (people with AIDS) from many different backgrounds.