“When I was young, my ambition was to be one of the people who made a difference in this world. My hope is to leave the world a little better for having been there.” – Jim Henson

On Saturday, May 13th, The Seattle Public Library is delighted to be hosting an all-day, all-ages puppeteering event called Jim Henson Con with fantastic co-sponsor, Geek Girl Con. The event will not only honor a beloved genius whose creations have captured the imaginations of people worldwide, but celebrate the art of puppetry and all of those who practice it, whether professionally or simply for the love of the craft. 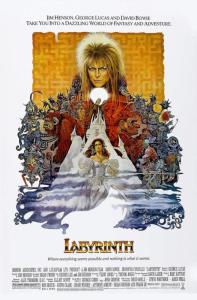 Among the activities at this convention will be performances by professional puppeteers Jennifer Carroll, Rachel Jackson and Jason Mondine, puppet making opportunities, and Labyrinth and Rainbow Connection sing-alongs. Special guest Karen Prell, who worked with Jim Henson and was the voice of Red Fraggle in Fraggle Rock and the worm in “Labyrinth” will also speak at the event, which is very exciting!

Make or bring your own homemade puppet or Henson-inspired costume and you can participate in our runway show, complete with fabulous prizes! Check out our Facebook event page for the full agenda.

As a long-time Muppet fan, I am having great fun in advance of this event enjoying the wealth of books and videos available through the library (and online) about Jim Henson and the experience of working in his Creature Shop. If you haven’t had a behind-the-scenes look at Henson’s creations, I highly recommend checking these out.

One of my favorite documentaries is Henson’s Place. This DVD includes interviews with folks who worked on various Henson productions. In it, Frank Oz describe his concept of the character Animal in five simple words: sex, sleep, food, drums, and pain. YouTube now offers access to a series of Jim Henson short films and quirky commercials that I discovered for the first time at a Museum of Popular Culture (formerly EMP) exhibit some years ago and have been thrilled to revisit.

As many Henson documentaries emphasize, a puppet can be made from anything: a pompom and a pair of googly eyes, a piece of paper, even a shadowed hand. Kermit the Frog himself started out as a pair of ping pong balls and a bit of Jim’s mother’s castoff coat! What’s important is the life you allow yourself to bring to your creation. If you’re interested in puppet-making ideas, and even scripts for puppet plays, the library has a whole range of books to inspire you..

The bottom line: Whether you grew up watching Jim Henson movies and TV programs or find joy in any of the many other cultural expressions of puppetry that exist around the world, we hope you will joins us at Jim Henson Con and share your love of this haunting, hilarious, and endlessly diverse craft.