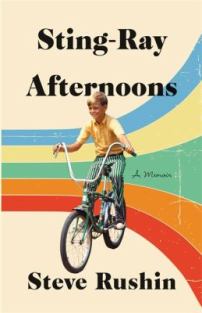 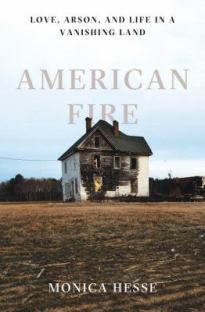 7/3: Sting-Ray Afternoons: A Memoir by Steve Rushin. A nostalgic memoir of growing up in the 1970s from the Sports Illustrated contributor.

7/4: Woolly: The True Story of the Quest to Revive One of History’s Most Iconic Extinct Creatures by Ben Mezrich. Scientists discover a frozen woolly mammoth in the Arctic and splice its DNA with that of a modern elephant. Can it return from extinction?

7/11. Art of Death: Writing the Final Story by Edwidge Danticat. A reflection on death from a writer’s point of view, from catastrophes like 9/11 and the Haiti earthquake to the intimate death of Danticat’s mother.

7/11. Policing the Black Man: Arrest, Prosecution, and Imprisonment edited by Angela J. Davis. An anthology of essays about the impact of the criminal justice system on African American boys and men.

7/11. The Chickenshit Club: Why the Justice Department Fails to Prosecute Executives by Jesse Eisinger. A Pulitzer Prize-winning reporter investigates why no bankers were sent to prison after the 2008 financial crisis.

7/11. American Fire: Love, Arson and Life in a Vanishing Point by Monica Hesse. A true crime tale of a five-month arson spree in rural Virginia, with shades of Hillbilly Elegy.

7/11. Reading With Patrick: A Teacher, A Student, and a Life-Changing Friendship by Michelle Kuo. A memoir by a teacher and a gifted student who ended up in jail for murder, and his continued education in prison.

7/11. Among the Living and the Dead: A Tale of Exile and Homecoming on the War Roads of Europe by Inara Verzemnieks. The author writes of her Latvian grandmother, who was exiled to a Siberian refugee camp in World War II.

7/11. Jane Austen at Home: A Biography by Lucy Worsley. A biography of the beloved author told through the houses she lived in.

7/25. An Inconvenient Sequel: Truth to Power by Al Gore. The former vice-president confirms climate change is real in this follow up to the seminal An Inconvenient Truth.

7/18: Caesar’s Last Breath: Decoding the Secrets of the Air Around Us by Sam Kean. A grand tour of the science and history of the air we breathe. Perfect for microhistory enthusiasts.

7/18. Arbitrary Stupid Goal by Tamara Shopsin. A nonlinear memoir of growing up in New York City’s Greenwich Village in the 1970s.

7/25: The Unwomanly Face of War: An Oral History of Women in World War II by Svetlana Aleksievich. A bestseller in Russia in 1985, now available for the first time in English. From the Pulitzer Prize winning author of Secondhand Time.

7/25: What She Ate: Six Remarkable Women and the Food that Tells Their Stories by Laura Shapiro. The author studies the impact that Eleanor Roosevelt, Eva Braun, Helen Gurley Brown and others have had on food and cooking.

~ posted by Frank B.

One thought on “Nonfiction new book round up – July 2017”