Join us November 18th at Timbre Room, 7-8:30pm, for Carnal Knowledge, a burlesque show designed to educate and entertain. Performances featuring Miss Kitty Baby, The Marquis Façade, Mx. Pucks A’Plenty and more! Hosted by Donatella Howe this show will explore the forms and functions of the art and the local history of burlesque. This event is 21+. Library events and programs are free; registration is not required.

To prepare yourselves for a night of tantalizing delight, here are a few novels to get you in the mood: 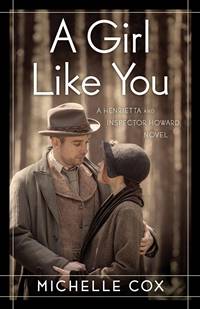 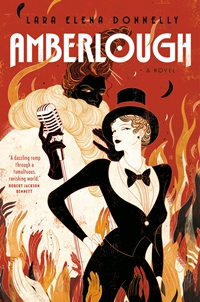 The Bullet Trick by Louise Welsh – Mentalist William Wilson gets a gig at a cabaret in Berlin, hoping his luck will change. He soon finds luck was never on his side as murder and shenanigans ensue.

A Girl like You by Michelle Cox – Henrietta takes a job as a dance hall girl. When a coworker is murdered she is convinced to team up with inspector Clive Howard to solve the crime, but will their chemistry do more harm than good?

The G-String Murders by Gypsy Rose Lee – Written by the legendary goddess of striptease herself, originally published in 1941. This story follows Gypsy and her boyfriend Biff as they attempt to solve the death-by-g-string of a fellow performer.

Menagerie by Rachel Vincent – To be different is a death sentence, when Delilah’s cryptid side begins to make its presence known, she is stripped of her rights, declared non-human, and forced to perform in a traveling menagerie. Her handler, Gallagher, will lead her to fight a world of injustice for all cryptids.

China Dolls by Lisa See – It’s 1938 in San Francisco and the lives of three young women intersect in Chinatown as they become performers at the Forbidden City Nightclub. As secrets boil to the surface, will their friendships stay intact?

Amberlough by Lara Elena Donnelly – When the socially conservative One State Party outs Cyril as a spy, he turns double agent to protect his lover and smuggler, Aristide Makricosta. Along with Cordelia, a burlesque dancer and runner for Aristide, these three will go up against the government, the police, and even each other.

And don’t forget our local history:

View a few burlesque dancers that graced the stage over the years in Seattle in this special collection of photographs from the University of Washington.

Finally, check out our booklist highlighting more items from our collection, including non-fiction titles and films.