This month’s Library Reads includes a book by a Washington author (The Great Alone by Kristin Hannah), a novel set in a library (Summer Hours at the Robbers Library by Sue Halpern), and a memoir reviewed by one of our librarians (Educated by Tara Westover). Time to place some holds! 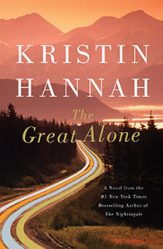 The Great Alone by Kristin Hannah
Leni and her troubled family embark on a new way of life in Alaska’s wilderness in 1974 – hoping this is finally the solution for her troubled, POW father. In Alaska, Leni and her family are tested and when change comes to their small community her father’s anger threatens to explode and divide the town. This is a beautifully written novel, descriptive and engaging with well-developed characters and a strong sense of place. ~ Alissa Williams, Morton Public Library, Morton, IL

An American Marriage by Tayari Jones
Celestial and Roy are newly married professionals leaning in to a bright future when Roy is convicted of a crime he did not commit. This is not a heroes vs. villains tale with a tidy resolution. It is a complicated, messy, moving, and thought-provoking story about love, family, and the wide-reaching effects of incarceration. Book clubs get ready! ~ Jennifer Alexander, St. Louis County Library, St. Louis, MO

The French Girl by Lexie Elliott
Six friends from Oxford University spend an idyllic week in the French countryside that ends with a missing neighbor, the enigmatic Severine. Fast forward ten years and Severine turns up. Or rather her skeleton does in a well on the property. All six friends are suspects. Will the loyalties hold and who put Severine in the well? This is a fun, taut thriller. ~ Jennifer Dayton, Darien Library, Darien, CT 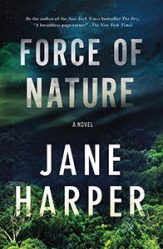 Force of Nature by Jane Harper
When Detective Falk learns that an informant went missing during a corporate team building exercise in the bush, he realizes that she tried to call him in the middle of the night. Harper once again creates a compelling, fast-paced, and atmospheric mystery set in a remote wilderness area of Australia. Perfect for fans of Nevada Barr and Paul Doiron. Highly recommended. ~ Vicki Nesting, St.Charles Parish Library, Destrehan, LA

by Sophie Kinsella
Kinsella’s newest heroine has me and married Mr. Right — now how to spend the next 68 years? When Sylvie launches Project Surprise Me, she just might find that there’s always more to learn about the ones you love. Told in Kinsella’s trademark, charming, relatable style. ~ Ariel Kurst, Great River Regiona Library, St. Cloud, MN

Tarnished City by Vic James
Tarnished City, a contemporary fantasy with a healthy dose of world-building, is just as disturbing as its predecessor, Gilded Cage. I couldn’t resist diving deeper into the dark world of Equals and Slaves. James has pushed the characters in new ways, which makes the story riveting, intense, dark, and completely entrancing.  ~Monicah Fraterna, La Porte Public Library, La Porte, IN

As Bright as Heaven by Susan Meissner
Beautifully written, heartbreaking story of four women in Philadelphia in 1918 during the Spanish Flu. I loved this book, as I have other books by Meissner and would highly recommend to anyone who loves historical fiction. ~ Cathy Branciforte, Ramsey Free Public Library, Ramsey, NJ

How to Stop Time by Matt Haig
Even though there is something extraordinary about Tom Hazard and his aging process the problems and insights he experiences as he goes through life, are universal. Love, memory, and time play tricks on us all as this novel illustrates so exquisitely. This is an engaging,sweeping love story with all the elements of a great historical/time travel novel. For fans of The Time Traveler’s Wife and Life After Life. ~ Mary Coe, Fairfield Woods Branch Library, Fairfield, CT 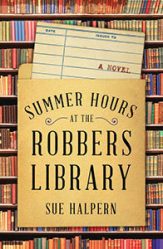 Summer Hours at the Robbers Library by Sue Halpern
Kit is a librarian who closes herself off from emotions and people until she meets Sunny, assigned to the library for community service. Add in a group of regulars in the library and the result is an absorbing story of developing friendships and the unveiling of secrets. Kit’s story unfolds as we meet many quirky characters in this story of love, loss, and hope. ~ Ellen Firer, Merrick Library, Merrick, NY 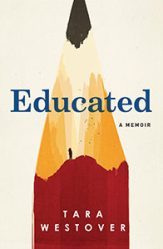 Educated: A Memoir by Tara Westover
In her memoir, Westover recounts her childhood growing up in a strict Mormon family, ruled by an erratic father, and living off the grid in Idaho. Westover compellingly sketches her years growing up, her relationships with siblings, encounters in the town nearby, and the events that eventually drove her to leave and pursue formal education. For fans of Jeannette Walls’ The Glass Castle.  ~ Andrea Gough, Seattle Public Library, Seattle, WA

Library Reads is a terrific place to get ideas for what to read. You can peruse our earlier Shelf Talk posts featuring Library Reads, and also check previous Library Reads here. If you go back a few months, the holds list will be shorter and your new favorite book might just be waiting for you on the shelf.