Diplomatic tensions between American and China, played out in the sports arena. How the passions and actions of one person can make a difference in the world. The themes of Lauren Yee’s play The Great Leap – which opens its month-long run at The Seattle Repertory theatre on March 23 – could not be more timely. 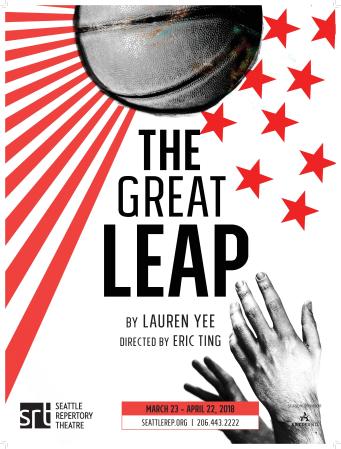 Yee’s play was inspired by stories of her father’s days on the basketball courts of San Francisco’s Chinatown, where he played center and was known as “Spider.” Chinatown had a robust history of basketball dating back to the 1930’s and 1940’s, when male and female athletes cultivated a new high-speed style of fast-break basketball that was decades ahead of its time, smashing stereotypes and defeating rivals. Kathleen Yep’s fascinating Outside the Paint: When Basketball Ruled at the Chinese Playground reveals this history, while Dean Wong’s Seeing the Light: Four Decades in Chinatown provides a vivid immersion in the life, spirit and struggles of four Chinatowns depicted in powerful, revelatory photographs.

Spider’s signature reverse jump shot could not prevail when he travelled to China during the 1980’s to play in a series of exhibition games against teams who dwarfed the Americans on the court, and on the scoreboard. These experiences feed into the Yee’s play, a captivating full court press which rebounds between race and culture, politics and sport, family lore and individual determination. For another entertaining look at the complicated juxtaposition of Chinese and American hoops, check out Jim Yardley’s Brave Dragons: A Chinese Basketball Team, An American Coach, and Two Cultures Clashing, in which former Seattle Sonics coach Bob Weiss is hired to save China’s worst ranked basketball team, if he can only overcome his host’s profound distrust of the individualistic American coaching style that they hired him for. 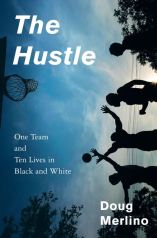 While sports are often lauded for their ability to transcend race and nationality, The Great Leap explores how reality is seldom that simple. Another intriguing exploration of the sometimes jarring intersection of social realities on and off the court takes place not between two great nations, but across the racial and economic divides of our own city. Doug Merlino’s The Hustle: One Team and Ten Lives in Black and White tells the story of how in the 1980s, an experiment that brought together racially diverse basketball players from across Seattle prevailed as a dream team on the court, but awoke to a much less even playing field after graduation.

Seattle Repertory Theatre presents THE GREAT LEAP  from March 23 to April 22, 2018. In addition to the titles above, librarians at Seattle Public Library created this resource list of books and DVDs to enhance your experience of the show, and explore in greater depth the history of Chinese and American relations, life during China’s Cultural Revolution and after, and the experiences of Chinese Americans.