Book-It Repertory Theatre presents MY ÁNTONIA by Willa Cather, adapted and directed by Annie Lareau, from November 29 to December 30, 2018. Librarians at Seattle Public Library created this list of books, video, and podcasts to enhance your experience of the show. 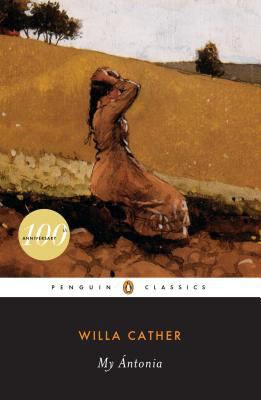 Annie Lareau, director of Book-It Repertory Theatre’s 2018 production of MY ÁNTONIA, has a long history with the book. Lareau wrote the theatrical adaptation of Willa Cather’s classic novel and starred in the premiere of the work at Book-It in 2008. My Ántonia is the story of a young immigrant arriving in the Great Plains at the close of the 19th century. Lareau used “her dog-eared copy of the book” to write the adaptation, rediscovering “her own adolescent markings of passages she thought were important… ‘It’s Ántonia’s spirit that gets me,’ Lareau said, ‘so open-hearted, she comes to this country under really difficult circumstances and is a survivor. For all her hardships, she always comes back to that mix of fierceness and hope.’” (Seattle Post-Intelligencer)

In this production, Nabilah S. Ahmed stars as Ántonia, whose Bohemian family comes to rural Nebraska. Ántonia is 14 and her friend and the story’s narrator, Jim, is her slightly younger and observant neighbor. The world they inhabit is a world of struggle and hardship, which makes the resiliency of the people carving out a life there even more remarkable.

Willa Cather, author of the novel, was a child when her traditional Virginia family moved to Nebraska, where she experienced the vagaries of living on the Great Plains. Alex Ross wrote a New Yorker article in 2017 about her life there, including some hints about the families from her stories that still live in the region.

If you would like to read a different take on the immigrant in pioneer Nebraska story, Mari Sandoz sees that era from a much different perspective in her classic 1935 biography of her father, Old Jules.  In a wonderfully drawn portrait, Jules is a quarrelsome and often angry immigrant from Switzerland living rough, with a tremendous mix of flaws, energy, and ornery stubbornness. The contrast with Ántonia is astonishing, but what Jules and Ántonia have in common is resolution, determination, and grit on a shared frontier landscape.

For additional MY ÁNTONIA-inspired titles, check out this list created by librarians at The Seattle Public Library.