Did you set a reading resolution to start the new year? If you’re looking for books to get you started, here are a crop of titles coming out in January – from explorations of near-future societies, to eerie short stories, to picaresque adventures and mystery, there’s a little something for everyone.

1/8: An Anonymous Girl by Greer Hendricks – When Jessica Farris signs up for a psychology study, she thinks all she’ll have to do is answer a few questions, collect her money, and leave. But as the study morphs into real life situations, Jess realizes she may have told her secrets to the wrong person… A Peak Pick!

1/8: In an Absent Dream by Seanan McGuire – In this prequel to McGuire’s acclaimed Wayward Children series, we meet serious young Lundy as she finds a doorway to a world founded on logic, reason, and riddles, but will make a fateful bargain at the goblin market that endangers her place there. 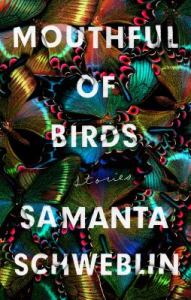 1/8: Mouthful of Birds by Samanta Schweblin – This collection of surreal, unsettling stories from Argentine author Schweblin test the boundary between the real and the darkly fantastic.

1/8: An Orchestra of Minorities by Chigozie Obioma – A heart-breaking story about a Nigerian poultry farmer who sacrifices everything to win the woman he loves. This contemporary twist on Homer’s Odyssey written in the mythic style of the Igbo literary tradition examines destiny and determination. A Peak Pick!

1/8: The Water Cure by Sophie Mackintosh – Three sisters live on an isolated island, raised from a young age to fear men. When two men and a boy wash up on the shore, the sisters engage in a game of cat-and-mouse. Margaret Atwood called it “a gripping, sinister fable!” A Peak Pick!

1/15: The Accidental Further Adventures of the 100-year-old Man by Jonas Jonasson – There are more adventures in store for hundred-year-old Allan Karlsson and his sidekick Julius. The sequel to The 100-Year-Old Man Who Climbed Out of the Window and Disappeared.

1/15: The Dreamers by Karen Thompson Walker – A mysterious illness that triggers perpetual sleep appears in a California college town. Doctors discover unusual levels of brain activity in those affected; they are dreaming heightened dreams, but of what?

1/15: Elsey Come Home by Susan Conley – Unable to find a balance between her identities as a painter, mother, and wife, Elsey sets off on weeklong mountain retreat suggested by her husband.  There, she meets a group of people who will forever alter the way she sees herself.

1/15: Late in the Day by Tessa Hadley – The lives of two close-knit couples are irrevocably changed when one of them dies, leaving three friends unmoored by old entanglements and grievances from the past.

1/22: The Current by Tim Johnston – Two young women driving north plunge into an icy river; one lives, and one dies. Was it more than just an accident, and why does it so closely resemble an accident from ten year earlier?

1/22: Golden State by Ben Winters – In a near future California, lying is outlawed and truth and order are maintained by the Speculative Service. Lazlo Ratesic, a veteran Speculator, uncovers a conspiracy that shouldn’t be able to exist. A Peak Pick! 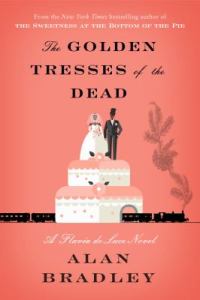 1/22: The Golden Tresses of the Dead by C. Alan Bradley – Intrepid young Flavia de Luce is back, ready to investigate when a severed finger is found in her sister Ophelia’s wedding cake.

1/22: Unmarriageable by Soniah Kamal – This retelling of Pride and Prejudice set in modern-day Pakistan follows Alys, the second of five daughters who has found happiness teaching English literature to schoolgirls. When she meets Mr. Darsee at a wedding, Alys’ plans begin to change.

1/29: Here and Now and Then by Mike Chen – Time traveling agent Kin Stewart has gotten stuck in the past, and has created a new life over 18 years. When rescuers from 2142 arrive, he must choose between his current life and the one he left in the future.

1/29: Golden Child by Claire Adam – This debut novel set in Trinidad follows a single family when one of their twin sons goes missing, and the impossible choices they must navigate about scarcity, loyalty, and love.