The formula is simple: a reader, some listeners, and a book of suspenseful stories; beginnings, middles and ends, with a few twists and turns along the way. Nothing fancy of high tech: just words in silence, and the occasional 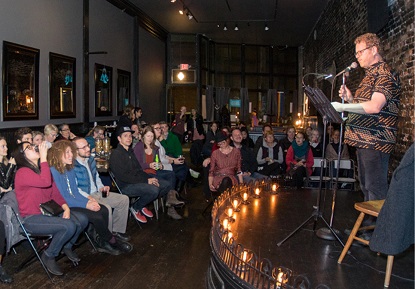 laughter or gasp. That’s Thrilling Tales: A Storytime for Grownups, now entering its sixteenth year at the Central Library. Join us, won’t you?

Here’s some of what awaits you in the months ahead: