Her heart was as big as Texas. That’s why it takes more than twenty voices to relay the story of her life. Aunt BeBe, otherwise known as Dr. Carolyn Beatrice Hammond Montier, was a woman to be reckoned with.

The daughter of a rural Texas doctor who opened the first black hospital in their town became at 16 the valedictorian of her high school class. She went on to graduate second in her class from Howard University’s College of Medicine, adding to her credentials an arrest for refusing to sit in the back of the bus. Somewhere between The Rise and Fall of Jim Crow, she received a research fellowship and went to Paris. The book Paris Reflections: Walks Through African-American Paris, just might trace some of her steps. She saw Auschwitz, saw more of Europe and gained fluency in French and German. More than a tourist, the highly accomplished Montier forged an untraveled path by becoming the first African American woman to earn a degree in Psychiatry from Yale University. 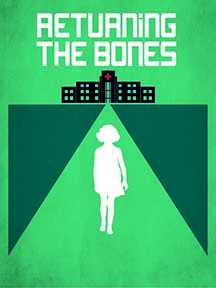 A civically engaged wife and mother, Carolyn was a member of a number of organizations and was actively involved in the Civil Rights Movement, joining such organizations as the NAACP.  Civic and professional achievements aside, BeBe lived a full, generous life.  Referring to her children as “her gifts,” faith, family and community were paramount.  People remember her musical talents, her skills in baking and cooking and the joy she brought to many a child by creating neighborhood backyard plays.

Dr. Montier was Raising the Race: Black Career Women Redefine Marriage, Motherhood, and Community; of the good doctor it was said that she had “combined her amazing understanding of neurology, endocrinology and the human spirit with her impenetrable faith in “God’s Promise” to help an unprecedented number of people of all ages, races, religions, occupations and socioeconomic strata. She helped them to find hope, wellness and, for some, a reason to live another day.

Inspired by her great aunt’s life story, actress and playwright, Gin Hammond has immortalized BeBe in a stunning solo performance by inhabiting the 28 characters necessary to bring long-gone lives alive.

Watch Gin Hammond put flesh on the bones of a compelling life story. To set the stage, so to speak, check out the resource list Returning the Bones. Prepare for an amazing journey.  Partake of the tastes of Dinner Déjà Vu: Southern Tonight, French Tomorrow. View the four-part series The Rise and Fall of Jim Crow. Imagine her, tastefully attired among the Crowns: Portraits of Black Women in Church Hats.   Gin Hammond’s solo performance at Book-It Repertory Theatre runs March 28-April 14. Surely, Gin will echo sentiments of men and women who made a way out of no way, answering any doubt of their ability to forge through floods of adverse societal mores by saying, “Tell Them We Are Rising.”