Seattle Repertory Theatre presents NINA SIMONE: FOUR WOMEN by Christina Ham from April 26 to June 2, 2019. Librarians at Seattle Public Library created this list of books, music and films to enhance your experience of the show. 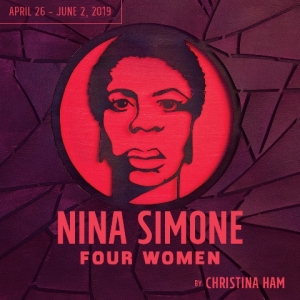 Nina Simone’s “Four Women” is a haunting, critical exploration of racial stereotypes and the legacy of slavery through the lives of four Black women: Aunt Sarah, Saffronia, Sweet Thing and Peaches. In NINA SIMONE: FOUR WOMEN, playwright Christina Ham brings these characters and Simone herself to life as they gather in the ruins of the 16th Street Baptist Church the day after 4 young Black girls died in a terrorist bombing. This tragedy profoundly impacted Simone, prompting her evolution from artist to artist-activist and inspiring her to write and perform powerful songs such as “Mississippi Goddamn,” “Young, Gifted and Black” and of course, “Four Women.”

Before you see the play, learn more about Nina Simone’s music, life and the political and social context that informed her work with these Library resources:

The Essential Nina Simone If you’re not familiar with Simone’s oeuvre, this collection is an excellent introduction. Includes “Four Women,” “Mississippi Goddam” and other songs featured in NINA SIMONE: FOUR WOMEN.

Nina Simone: Live in ’65 & ’68 There’s no substitute for seeing the High Priestess of Soul perform her spellbinding songs live. Filmed for a Dutch television program, these concerts include “Mississippi Goddam” and “Brown Baby,” both featured in the show.

I Put A Spell on You: The Autobiography of Nina Simone First published in 1992, Simone’s autobiography recounts her journey from her childhood as the precociously talented pianist Eunice Waymon to nightclub entertainer to international star who helped create the soundtrack of the civil rights era.

What Happened, Miss Simone? New York Times film critic Manohla Dargis called this 2015 film about Simone an “often electric, bracingly urgent documentary” that traces her life from child prodigy to troubled, self-exiled star to a final artistic comeback. For more details on her life and work, read the companion book of the same name by musical journalist Alan Light.

For more suggested reading, listening and viewing, check out this resource list.