It has probably happened to you. You suddenly sense that the performer you’re enjoying live on stage sounds hauntingly familiar. What you may not have realized is that theirs was the voice reading into your airpods on that morning’s commute. Here’s just a small sampling of local talent on audio. 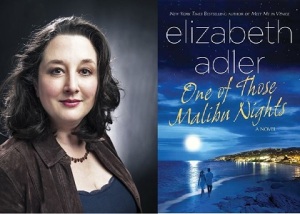 One of Those Malibu Nights, by Ellizabeth Adler, read by Julie Briskman. You’ve likely seen her at ACT Theatre or the Seattle Rep, most recently in Indecent. Now hear her relate how handsome Private Eye Mac Reilly and his intrepid  gal Friday Sunny Alvarez brave the wilds of Malibu  and southern France to save the life of a beautiful movie star from a stalker.

Heyday, by Kurt Andersen, read by Charles Leggett. Veteran character actor Leggett has appeared at Intiman, the Village Theater, ACT and the Seattle Rep, most recently alongside with Julie Briskman in Tiny Beautiful Things.  Now hear how his knack for characters and accents get a full workout in Andersen’s sweeping historical novel.

Dogtripping, by David Rosenfelt, read by Jeff Steitzer. Local theater legend Steitzer has appeared on too many stages over the years to name. Gamers do double-takes around him, little suspecting he is the voice of HALO. Audiobook fans can enjoy his affable baritone and wry comic timing in mystery writer Rosenfelt’s rollicking non-fiction account of a cross-country trip, together with twenty-five rescue dogs.

The Long-Legged Fly, by James Sallis, narrated by G. Valmont Thomas. Another beloved Northwest theater icon until his untimely death in 2017, Thomas was well-known for stellar turns in everything ranging from Shakespeare to August Wilson to the Rocky Horror Picture Show. Thomas brought his great poetic and dramatic range to all six of Sallis’s elegaic, existential hard-boiled crime novels, leaving a moving audiobook legacy for his many fans.

We’ve barely scratched the surface, so check out this list of audiobooks read by local performers.

One thought on “Audiobooks Voiced by Your Favorite Seattle Actors”