How’s your summer reading going? Ours is going great. And by ours, we mean our Adult Summer Reading Program. So far this month, 1,434 adults have signed up for the reading program in branches all over the city, and have read 2,969 books, that they’ve told us about anyway. That’s the entire population of Willacoochee, Georgia! (Actually, that makes it sound less impressive, doesn’t it?)

But wait a second! In the same amount of time we’ve had 4,148 children sign up, and they’ve read 44,357 books! (That’s one one-thousandth the population of Moldova, an entire European nation!) That’s right, grown ups: you’re being TROUNCED by CHILDREN!  Some of them little tiny children! Adorable little tiny children! 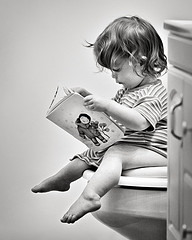 “Not Fair!” I hear you cry, “Their books have lots of pictures, and not as many words on the pages! Plus the kids get summer vacation!” Okay, point taken. Still – we know you’re out there reading this summer, so why not stop by your nearest library and sign up for the program? It is easy as pie – just sign in and check off the number of books you’ve been reading.

Of course, we’d also love to know what you’re reading, which you can do through print review forms at the library, or online via our website, or right into the library catalog. We can even help you find things to read while you’re waiting for that hot new title to come in.

So come on, adults: don’t let yourselves be bested by a bunch of little kids! You’ve been reading Jeffrey Eugenides, Barbara Kingsolver, Jean Paul Sartre and Thomas Mann! We’d like to see a fifth grader try that!

If you are in the mood to read something extremely, embarrassingly funny, you might pick up a copy of Fool, the latest book by Christopher Moore.  On the surface this novel is a retelling of Shakespeare’s King Lear told from the perspective of Pocket, the King’s fool.  Any accuracy or comparison to the original story would be unkind, so I suggest you consider this something brand new and singular— because it is; whether or not some of the character names are borrowed from another, more famous source.  Furthermore, there are certain places I must recommend not reading Fool — anywhere public for instance.  As it turns out, uncontrolled giggling and snickering on a metro bus still garners some stares and worried looks.  Luckily this book is funny enough to make looking like a fool totally worth it. 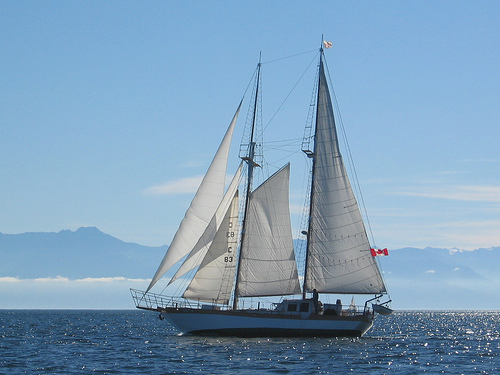 The first voice came to me as we anchored in the peaceful silence of Squirrel Cove, B. C.   In The Curve of Time, Wylie Blanchet’s classic Northwest boating  story of the remote boating community of British Columbia in the 1930’s, she was telling me of the summers long ago when she took her five children exploring the waters on the inside of Vancouver Island and the West Coast of British Columbia.  She talked to me of the daily common adventures with rough water, difficult anchorages, wild animals, wild children and the ghosts she had seen in this very same spot.

After years of watching from the shore, I had the  opportunity to join the boating community.  Exploring the beautiful waters of our Pacific Northwest naturally has led to exploring the writings of women boaters.  If you’ve ever dreamed of escaping your land locked life for the freedom, adventure and self-discovery of life on the water, these are stories by women who have done just that.  The unique voices blend with bravery, humor and insight to underscore the observation by Cathy Converse in Following the Curve of Time, “Cruising teaches humility, and the elements caution against impatience and flippancy.”   There’s a great many wonderful women on the water choices, so I’ve keep my list of recommendations to those with a 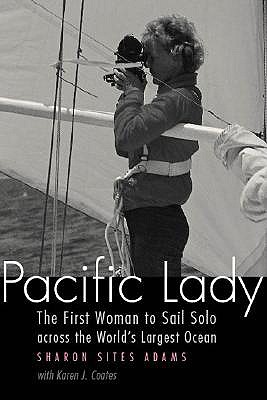 Pacific Lady by Sharon Sites Adam (currently living in Portland, OR)  is the facinating tale of the voyage of the first woman to sail alone across the Pacific Ocean. 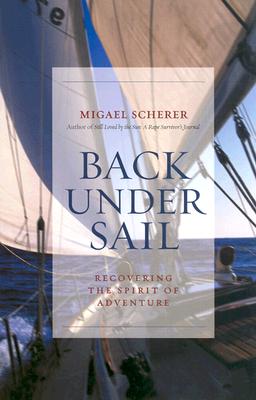 Back under Sail: Recovering the Spirit of Adventure by Magael Scherer is the  story of the Seattle author’s experience of a 5-day race in Alaska to heal from a nearly fatal rape three years earlier that stole her sense of freedom and adventure. 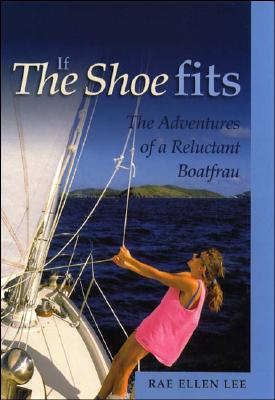 If the Shoe Fits: the Adventures of a Reluctant Boatfrau by Rae Ellen Lee is her account of how she and her husband a vacation in the Virgin Islands then leave Montana to become live-aboards in Bellingham, Washington.  With honesty and humor she recounts the shake  down period with both the boat and their relationship. 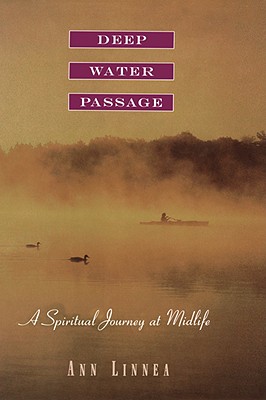 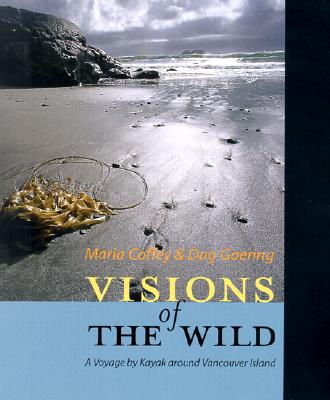 Visions of the Wild by Maria Coffey is the  beautifully illustrated (with photographs by her husband) work that recounts the couple’s circumnavigation of Vancouver Island by kayak. 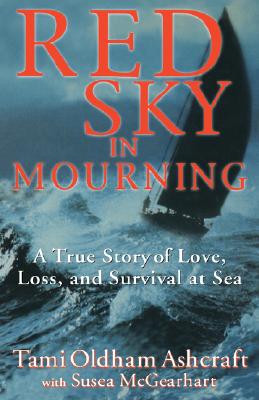 Red Sky in Mourning by Tami Oldham Ashcraft, now living in the San Juan Islands, is her true story of surviving 41 days alone at sea after her boat dismasted.

Parents everywhere are looking for solutions to their annual summer dilemma…  “How do we find audiobooks that the entire family – adults included – can enjoy for that long car/airplane/boat trip?”  Here are a few suggestions that are guaranteed to entertain:

The Amulet of Samarkand, by Johnathan Stroud

Nathaniel, a magician’s apprentice, uses his power to enlist the djinni Bartimaeus to steal the Amulet of Samarkand from his enemy, Simon Lovelace.

The Fairy-Tale Detectives, by Michael Buckley

Orphans Sabrina and Daphne Grimm discover that they are descendants of the famous Brothers Grimm and are charged with detecting and solving all fairy-tale crimes.

The House with a Clock in Its Walls, by John Bellairs

A boy moves into his uncle’s mysterious mansion, where there is a hidden, magic clock in the walls, ticking off the minutes… Counting down the time to doomsday!

Meggie’s father can “read” fictional characters to life.  When one of those characters abducts them and tries to force him to read an evil creature to life, Meggie must come to his rescue.

In a London of the future, a boy who is able to communicate with cats escapes from a circus ship with a group of lions in an attempt to rescue his kidnapped parents.

Over Sea, Under Stone, by Susan Cooper

Three children on holiday in England find an ancient manuscript and begin a dangerous quest to find King Arthur’s grail.

The Ranger’s Apprentice: The Ruins of Gorlan, by John Flanagan

Will has always wanted to train as a knight, but he is rejected because of his small size.  Instead, he is apprenticed as a Ranger to the mysterious Halt, the king’s master spy.

A Series of Unfortunate Events: The Bad Beginning, by Lemony Snicket

The three Baudelaire children must depend on each other and their wits when the evil Count Olaf is appointed as their guardian.

Stephanie Edgely inherits her mysterious uncle’s estate, along with a fire-throwing ace detective, who just happens to be a skeleton.

Tarak and his pack brother, Wolf, set out on a dangerous journey to destroy the demon-possessed bear that killed his father and threatens the clans of the ancient world.

Looking for a summer read? Here are two suggestions from librarians at our Fremont Branch and downtown at the Central Library:

How Starbucks Saved My Life: A Son of Privilege Learns to Live Like Everyone Else by Michael Gates Gill
This goes down like a Mocha Frappuccino on a chilly day. Gill grew up in a 35-room Victorian mansion, was educated at Yale, rubbed shoulders with the likes of Robert Frost, Ernest Hemingway and Queen Elizabeth, and worked for a prestigious advertising firm for 25 years. After being fired from his job, cheating on his wife and failing at self-employment, he found himself old, alone and broke in a New York Starbucks during a hiring event. He signed on, desperately needing money and health benefits. Could this possibly work? It could! Charmingly so.    ~  Ellinor, Fremont

The Book of Animal Ignorance: Everything You Think You Know Is Wrong by John Mitchinson and John Lloyd
If you love weird facts or animals (or both), this book is for you. Inspired by old-fashioned bestiaries-but all the crazy information in this book is actually true! For example: “Beavers can stay submerged for up to 15 minutes … In 1776 the College of Physicians and Faculty of Divinity in Paris classified beaver as a fish because of its scaly tail. That meant the French settlers of North America could officially eat beaver during lent and on other fast days.”   ~  Jennifer, Teen Center