More than 500 new historic photographs from our Northwest Photograph Collection are now available through our digital collections. These photographs feature images of Washington, Oregon and Alaska spanning from the late 1800s to the 1970s and include shots from prominent local photographers such as Asahel Curtis, Webster & Stevens and Frank Jacobs. We’ve rounded up a few of our favorite photos below.

Antlers Hotel at Lake Cushman
The collection includes 14 photos showing the Lake Cushman’s Antlers Hotel and its various tourist excursions to the Olympic Mountains from ca. 1898 to 1910. The hotel, once a popular tourist destination, ceased operation in 1922. In 1926, the Lake Cushman Dam was created, flooding the remains of the hotel. This photo shows two women and their guide in the snow fields of the Olympics.

END_OF_DOCUMENT_TOKEN_TO_BE_REPLACED

Current Library Board member Ron Chew served as the editor for the International Examiner, the Asian American community paper, for more than a decade, but as Carey Quan Gelernter says in the introduction to Chew’s memoir, My Unforgotten Seattle, when asked 25-years-prior whether Gelernter could write a profile on him Chew was reticent: “He protested that he wasn’t interesting, or important, enough.” Thank goodness Chew later consented to be interviewed, mainly out of his commitment to sharing the good work of the Wing Luke Museum. We are all the more fortunate that years later Chew decided to pen a memoir imparting the depth of knowledge he had to share on his years as an activist and storyteller in Seattle. My Unforgotten Seattle is steeped in history and a deep connection with the Asian American community whose lives and stories Chew reveals with appreciation and care. END_OF_DOCUMENT_TOKEN_TO_BE_REPLACED

On Dec. 5th, the Seattle Public Library presents a virtual program, Washington’s Undiscovered Feminists with Mayumi Tsutakawa, to commemorate the 100th anniversary of women’s suffrage. It is about five woman warriors of the Pacific Northwest: pioneering photographer Imogen Cunningham; Black American jazz musician Ruby Bishop; Chinese American artist Priscilla Chong Jue; Leftist journalist Anna Louise Strong; and Native American linguist Vi Hilbert. Here are some books from the library to learn and explore about each warrior or the field where the warriors pioneered. 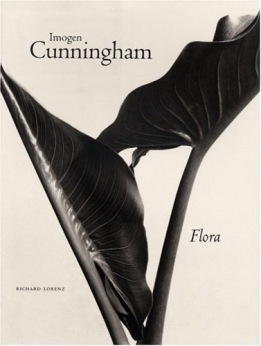 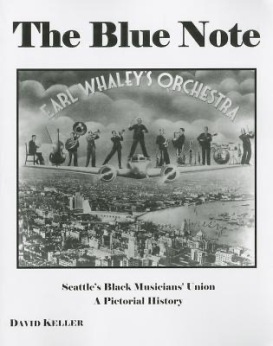 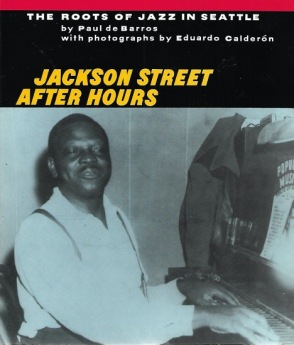 The Blue Note by David Keller focused on Seattle’s black American Federation of Musicians’ Local 493. It is an upbeat story of race, jazz, gender, and union culture spanning the years from the 1880’s to the mid-1950’s. Ruby Bishop’s brother was an agent for Local 493, the black musicians’ union.  Jackson Street After Hours by Paul De Barros provides a detailed description of the vibrant Central District music scene that led up to the funk and soul clubs described in the documentary Wheedle’s Groove. END_OF_DOCUMENT_TOKEN_TO_BE_REPLACED

Content Warning: This post links to an historical newspaper article that uses the term “homosexuals,” which is an outdated term used to characterize gay people as having a psychological disorder.

In response to local interest on the history of policing in Seattle and community-driven police reform movements, Shelf Talk presents a three-part series that dives into historical resources on these topics. Part 1 examines police accountability starting with two events in 1965, Part 2 looks at controversy surrounding the creation and siting of the East Precinct, and Part 3 concludes with events in the 1980s and 1990s.

From proposal to opening, the creation of the Seattle Police Department’s East Precinct took nine years and cost approximately $3.6 million. From the outset, community organizations, leaders, and citizens from the Black community, and later the gay community, resisted various proposals for siting the precinct within the Central District neighborhood. END_OF_DOCUMENT_TOKEN_TO_BE_REPLACED

Recent events have again highlighted long standing discussions on public safety, the appropriate use of force, the goals and mission of police forces, and accountability to the public, among related topics. In Seattle, how have these conversations changed over time, and what lessons might we find in the past to provide direction and shape public policy in the future?

In response to local interest on the history of policing in Seattle and community-driven police reform movements, Shelf Talk presents a three-part series that dives into historical resources on these topics. In this series we will look more closely at Seattle’s history to see how it impacts us today. First, we will look at how two events in 1965 anticipate in many ways the current conversation on police review boards and greater accountability to the public. (In our next post, we will look at the controversy surrounding the creation and siting of the East Precinct, and our final post will review events in the 1980s and 1990s.)

Content Warning: This post and the linked historical articles contain mentions of racial trauma, violence against Black bodies, and racial slurs that can be disturbing.

Attempts to call for an independent police review board in Seattle began as early as 1955​, particularly in response to that year’s Mayor’s Advisory Committee on Police Practices which found that the “…Seattle Police Department — like the white community — held essentially racist attitudes about Black citizens, frequently stereotyping them as ‘criminal types.'” Despite the report, requests for an independent police board were denied, and instead only sensitivity training for police was recommended.

Formal attempts to create a police review board can be traced back to a request by the American Civil Liberties Union (ACLU) in November, 1964 for a hearing on the creation of a police review board. Recently, the Seattle Municipal Archives has made audio, transcripts, minutes, and more from the meetings available digitally through their Seattle Voices online exhibition portal. Key figures, including the Reverend Samuel McKinney, testified. END_OF_DOCUMENT_TOKEN_TO_BE_REPLACED