The mission of The Seattle Public Library is to bring people, information and ideas together to enrich lives and build community. We value equality, inclusion and openness and strive to be welcoming safe spaces. No matter what the current events are locally and beyond, the Library provides a collection of materials to patrons of all ages, backgrounds, and opinions. Over the last few weeks, library staff have answered many people’s questions about the recent elections and helped them with finding information. Below you will find some lists created by librarians at The Seattle Public Library to address topics we’ve been asked a lot about lately.

END_OF_DOCUMENT_TOKEN_TO_BE_REPLACED

I’m obsessed. Listening to audiobook memoirs during my daily commute, my favorites are read by the authors themselves. It makes the ride more enjoyable, and there is something special about listening to a person read aloud their own memoir. It feels like they’re sitting right there, sharing their story with me and me alone. Here are some favorites: 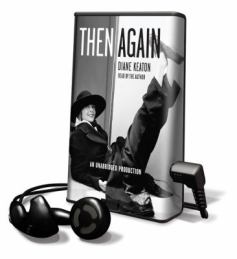 Then Again by Diane Keaton
Diane shares her life in this lovely memoir, including how she became an actress, her decision to adopt her first child at age 50, and her relationship with her mother, Dorothy Hall, who passed away in 2008. Diane reads aloud with pure emotion, sometimes brought to laughter or tears as she reads, making it feel quite genuine. END_OF_DOCUMENT_TOKEN_TO_BE_REPLACED

My colleagues inform me that March is the official month of mirth, a more depressing concept I truly cannot think of. Despite my enormous reservations with such a frivolously joyful demarcation (what next, Cake and Presents Day?!?), I resign myself to acknowledging such trivialities in my role of public servant.

So here we are. Mirth. Laughs. Jollies. Chortles and/or guffaws. Who better to administer a professional prescription of glee than stand-up comedians? It seems like two decades ago the apex of a comedian’s career was landing an eponymous sitcom on broadcast television. Since the sitcom is now a relic of simpler times the only recourse for gagsters appears to be quill and parchment.

The funniest nail in the sitcom coffin has got to be Larry David’s HBO comedy series Curb Your Enthusiasm. Two of the show’s side-splittingly hilarious co-stars, Susie Essman and Jeff Garlin released books recently. Ms. Essman’s What Would Susie Say? takes its tone from the foul-mouthed, outspoken housewife she END_OF_DOCUMENT_TOKEN_TO_BE_REPLACED