There are generally three or four big successes in the life of a good book. If an author is lucky, sales peak when a book is first published, and they spike again should the book be made into a movie or if it wins a major award. Most reliably of all however is that warm glow of popularity bestowed upon an author precisely when they can least enjoy it: right after they die.

The irony would not be lost on sardonic author Charles Portis, who died last Monday in his home in Arkansas at the age of 86. Best known for his witty, gritty anti-romantic 1968 western True Grit, as well as popular film adaptations starring John Wayne and Jeff Bridges, Portis is enjoying a revival of popularity, with waiting lists on his other novels and stories as well. (Portis excelled at road novels, and my own favorite is his The Dog of the South, which tells of the offbeat misadventures of Ray Midge, who falls in with odd company on a trip south of the border searching for his runaway wife Norma. Or join hayseed folk singer Norwood Pratt on his own equally amiable cross-country ramble, this one from Texas to Manhattan.)

We urge you to rediscover this mischievous author, and while you wait for your Charles Portis reserves to come in, we’ve made a list of some other writers and books with a similar feel. Here’s a preview of some titles that reflect the dark humor of Portis’ more contemporary books: 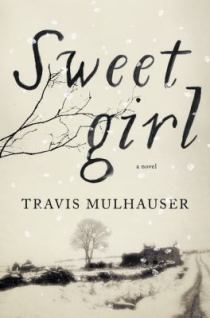 Hillbilly Hustle, by Welsey Browne. Knox Thompson thinks he’s working a hustle, but it’s a hustle that’s working him. Trying to keep his pizza shop and parents afloat, he cleans out a backroom Kentucky poker game, only to get roped into dealing marijuana by the proprietor-an arrangement Knox only halfheartedly resists.

The Last Taxi Driver, by Lee Durkee. The good naturedly gritty tale of Lou, a writer deep into his sophomore slump and UFO enthusiast who has returned to his home state of Mississippi drives for a ramshackle taxi company that operates on the outskirts of a college town among the trailer parks and housing projects.

Sweetgirl, by Travis Mulhauser. Braving a northern Michigan blizzard to search for her missing meth-addicted mother, Percy James stops by the cabin of two drug addicts and flees with their endangered baby, triggering a dangerous race from the elements and a band of desperate criminals.

Rooster: The Life and Times of the Real Rooster Cogburn, the Man Who Inspired True Grit, by Brett Cogburn. Yep, he was real: Franklin “Rooster” Cogburn was born in 1866 in Fancy Hill, Arkansas, the descendant of pioneers and moonshiners. Six foot three, dark eyed, and a dead shot with a rifle, he was as hard as the rocky mountain ground his family settled. Read all about him – or check out this documentary about the real history behind the book and the film.

Many years ago – back in the ‘oughts – we did a couple of popular posts on librarians in fiction, and in fantasy. Since then, librarians have only stepped up their fictional game, appearing in more and more novels, not so surprising when we consider that many authors basically grew up in libraries. They pop up in all genres, from Romance to Mystery to literary fiction from around the world, such as Dag Solstad’s T. Singer, Jennifer Tseng’s Mayumi and the Sea of Happiness, Natalia Sanmartin Fenollera’s The Awakening of Miss Prim, or Jenny Offill’s novel Weather. But most of all, librarians appear in the extraordinary realms of science fiction, fantasy and magical realism. Here are a few recent examples: find more on our list in the catalog. 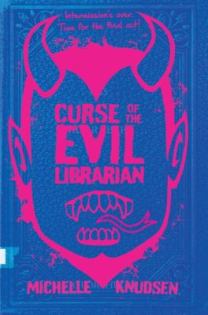 Library of Fates, by Khorana Aditi. Princess Amrita and the oracle Thala escape a cruel regime to fine the Library of All Things and recover their lost past, in this coming-of-age fable inspired by Indian mythology.

The Regrets, by Amy Bonnaffons. Brooklyn reference librarian Rachel was always unlucky in love: witness her new heart-throb, the recently deceased Thomas, stuck on earth for 90 days of spectral limbo while he awaits his true place in the afterlife.  Aprofound and witty rom-com about life, love and all that.

Upright Women Wanted, by Sarah Gailey. In the post-apocalyptic West, fiercely subversive librarians ride the range delivering “approved materials,” and quite a bit more. Young runaway Esther stows away with them, and learns their seductive ways.

The Library of the Unwritten, by A.J. Hackwith. There’s a place in Hell for unfinished books, and Claire Hadley is the librarian there – although she’s prepared to go to Heaven and back in search of a precious missing volume that could close mankind’s story for good.

The Barrow Will Send What It May, by Margaret Killjoy. In this spirited and often hilarious supernatural thriller, demon-hunters arrive in a small town where the occult library may contain the clues to why the dead live again to walk the streets.

The Curse of the Evil Librarian, by Michelle Knudson. He is young. He is hot. He is also evil. He is ……. the librarian! and in this third installment to the popular teen series, he refuses to stay were he belongs, in Hell.

Among Others, by Jo Walton.  “It doesn’t matter. I have books, new books, and I can bear anything as long as there are books.” Dip into the mind of a troubled young bibliophile who finds refuge in the endless realms of fantasy and futurity.

Many more fantastic librarians await you in the library catalog – and at your local library!

Each year, the Audio Publishers Association recognizes the best audiobooks of the prior year at the Audie Awards. The awards ceremony is a big fancy to-do: here’s video of last year’s awards,  and here is a spreadsheet of previous awards. This year’s Audies gala will happen on March 2 in New York City, but the nominees have just been announced. Your library doesn’t own every last one, but here is a full list of those we do have.

Among this year’s nominees are great recordings for kids – such as Jim Dale leading a full cast in an original musical production of a delightfully irreverent Puss in Boots, as well as a new recording of Charlotte’s Web with an a full cast of stellar audiobook narrators, headed up by Meryl Streep. Older kids may enjoy Julie Berry’s Lovely War, in which seven narrators’ tales of love and war interweave in unexpectedly haunting and romantic ways, or On the Come Up, Angie Thomas’s second novel (after to The Hate U Give) in which Bahni Turpin impersonates a whole neighborhood, as related by young hip-hop artist Bri. END_OF_DOCUMENT_TOKEN_TO_BE_REPLACED

As readers’ interest in diverse voices and experiences continues to expand, it can be challenging to keep up. Here’s a variety of recent novels and stories that reflect on aspects of transgender and non-binary lives and identities; see our accompanying list for more. 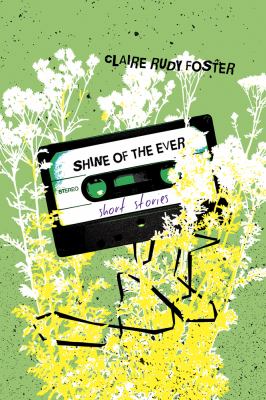 END_OF_DOCUMENT_TOKEN_TO_BE_REPLACED

What does the year 2020 hold in store for you? Are you struggling to keep any resolutions? Any new things you’ve set out to learn, or kinds of reading you plan to do? Perhaps you’re looking to pick up some new habits, or drop some old ones. Authors and publisher have plenty of annual ideas to capture your interest, inspire your resolve and widen your experience during your next trip around the sun.

Inspired by C.J. Koch’s novel The Year of Living Dangerously (or the film adaptation), a lot of books seem to be about doing things dangerously. Did you know that the list of things you can do dangerously includes writing, reading, learning, running, dreaming, loving, dancing, voting, and knitting? Pun-loving hygge-hounds will also appreciate a Year of Living Danishly. END_OF_DOCUMENT_TOKEN_TO_BE_REPLACED