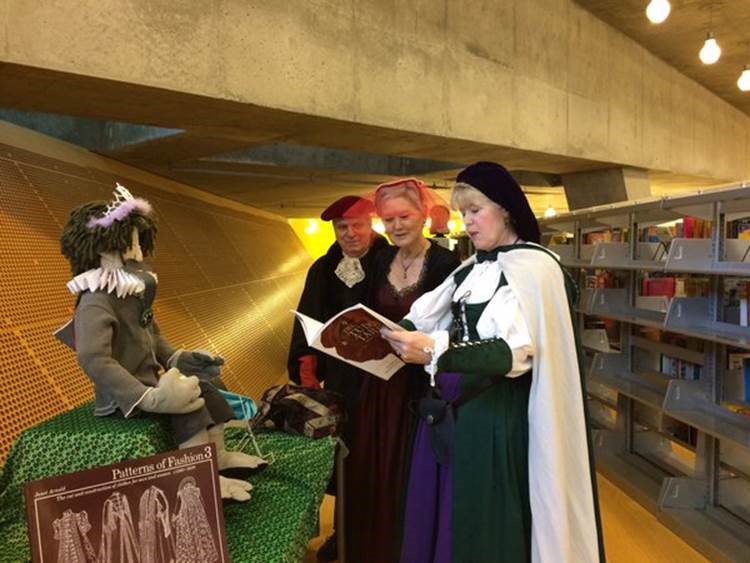 Shakespeare’s First Folio is still here in Seattle for a few more days—if you haven’t gotten a chance to stop by, consider getting tickets and coming to see it! The library hosted a program recently called “Make Your Own Shakespearean Costume”; we had stations where you could make ruffs, cuffs, brooches, beards, and crowns. It was a lot of fun, and not hard!  We used the titles below for inspiration, patterns and techniques (our projects were pretty straightforward, but if you want historical accuracy and detail, the sky’s the limit!). Enjoy! END_OF_DOCUMENT_TOKEN_TO_BE_REPLACED 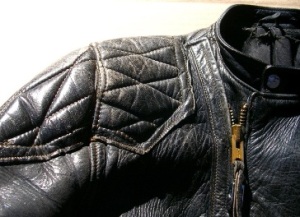 About 15 years ago I bought a motorcycle jacket from a local thrift shop. I was intrigued by its padded elbows and shoulders, which sported a marvelous scuffed-and-buffed patina. I figured the jacket had seen better days, but I never gave a second thought to its age—or value. Until recently, that is, when I chanced upon a couple library books about the history of biker apparel. 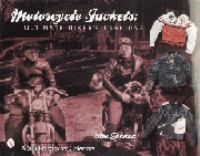 In Motorcycle Jackets: Ultimate Bikers’ Fashions, I spotted a garment that looked like mine. Reading further, I learned that this “Padded Cascade” style originated with Langlitz Leathers, a small family business in Portland, Oregon. One of the oldest and most venerable biker outfitters, this company used white labels for most of its history (beginning in 1947), except for a brief period during 1950-56 when the labels were green. END_OF_DOCUMENT_TOKEN_TO_BE_REPLACED

I know, I just posted about pre-1950 fashion designers, but the new Alexander McQueen book, Alexander McQueen: Savage Beauty (2011), has got me excited again about some later designers of note. Sadly, McQueen committed suicide in February of 2010, but his work is amazing.

He said that he designed from the side, because that is the most difficult part of a piece to get to look good. If you think about it, it would be true. Most of our patterns are flat, and have a side seam. BORING! 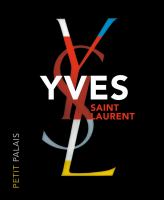 Another very important designer in my book is Yves Saint Laurent. He got his big break when Dior died and they needed someone to take over the house of Dior. Sad terms, but they did him well. He has a 2010 book called simply Yves Saint Laurent which is very good with history as well as pictures.

I love that he said that his three favorite designers from the golden age (pre-1950) were Vionnet, Schiaparelli and Channel. Three favorites from my last Shelf Talk post. 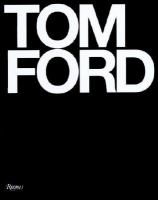 I’ll end my post with the handsome and charismatic Tom Ford, who worked for Gucci and YSL until 2004. He then turned to other talents and in 2009 was the director of the critically acclaimed A Single Man with Colin Firth and Julianne Moore.

OK, I’ll try to keep quiet about fashion for now, but there are some fantastic books available at the library. You will become excited about fashion too. Even if, like me, you actually only wear Old Navy.

You watch “Project Runway,” or “The Fashion Police.” You hear names like Christian Lacroix, Issey Miyake, John Paul Gaultier, Marc Jacobs, and Michael Kors. But how did it all begin?

The first fashion design houses began around the turn of the century (the 20th century that is). Fashion design itself started in the late 19th century with Charles Frederick Worth (1825 – 1895), who was the first designer to have his own label sewn into his garments. The Seattle Public Library owns several good books about major fashion designers that followed him.

Madeleine Vionnet by Pamela Golbin
Vionnet (1876 – 1975) was the “Queen of the Bias Cut.” She is best known for introducing this new way of cutting material to the fashion world.

Poiret by Harold Koda
Known for freeing women from corsets, Paul Poiret’s (1879 – 1944) major contribution to fashion was draping, whereas other designers practiced tailoring and pattern making.

Christian Dior: The Man Who Made the World Look New by Marie France Pochna
On 12 February 1947, Christian Dior (1905 – 1957) launched his first fashion collection, which became known as the “New Look.” The New Look had a huge influence on fashion for many years. For more historical fashion books, check out this list from the Seattle Public Library catalog.

If you’re in the mood for something a little off-beat, try one of these dillies. 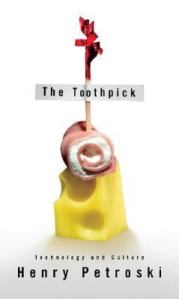 The Toothpick by Henry Petroski. More from the guy that brought you The Pencil. What began as a twig has become a tiny work of art. Find out how toothpicks are made (in great secrecy), possible interlopers on the trade (floss!) and the dangers of use (toothpick-related injuries – watch that club sandwich).

[un]fashion by Tibor Kalman. The most beautiful, unusual book on the planet. Published with photographs only and without text. The Kalmans traveled the globe to show how real people dress for all occasions. Sections include “headgear,” “footwear,” “extreme conditions” and “very extreme conditions.” One-of-a-kind in any context. 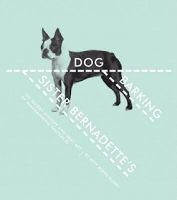 Sister Bernadette’s Barking Dog: Quirky History and Lost Art of Diagramming Sentences by Kitty Burns Florey. This is a beauty of a work. A little grammar, a bit of history, some nice nostalgia, and you’ve got yourself a sweet artistic book. Plus, it has a dog on the cover.

Important Artifacts and Personal Property from the Collection of Lenore Doolan and Harold Morris, Including Books, Street Fashion, and Jewelry by Leann Shapton. A very unusual and inventive story of the life and death of a romance, END_OF_DOCUMENT_TOKEN_TO_BE_REPLACED