I have realized that some of my favorite recent fantasy reads have featured an elaborate heist adventure at the center of the story. Heist fantasies offer the magic, action and adventure that will keep you turning pages while they also feature characters on the margins of society, grifters and scrappy survivors whose struggles and high-stakes schemes and scrapes propel the narrative. While these fantasies offer characters you will root for, they present the thrill and danger of life lived on a knife’s edge. Here are some examples of heist fantasies I enjoyed: 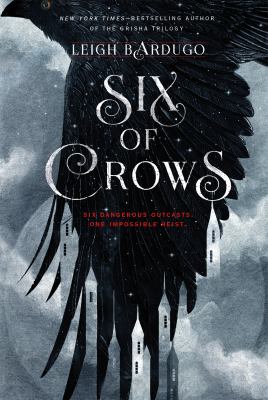 Leigh Bardugo’s teen fantasy duology Six of Crows and Crooked Kingdom introduce a motley cast of characters led by Kaz, a mysterious young man known as Dirtyhands who masterminds a den of thieves in Ketterdam’s Dregs. While the characters are teens, this is a dark fantasy world of deep class distinctions and the youth in Kaz’s crew have all encountered very adult, traumatic events in their lives. Their mistreatment by the world bonds them as they undergo a suicide mission trying to break out a man with valuable secrets from the most heavily guarded stronghold in the land. END_OF_DOCUMENT_TOKEN_TO_BE_REPLACED