In a return to our intermittent series on interesting international fiction, enjoy this snapshot of titles by Middle Eastern novelists published in the US in the last year. 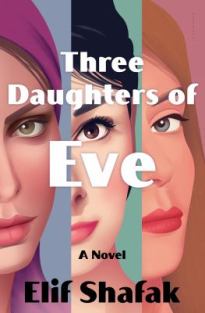 Beginning in Turkey, check out Elif Shafak’s latest novel The Three Daughters of Eve, a story set over a single evening in contemporary Istanbul, as Peri attends a dinner party at a seaside mansion while terrorist attacks occur across the city. Surrounded by well-healed guests, Peri reflects on the two friends she made as a student at Oxford, and the betrayal that ripped them apart but which she still might be able to fix. END_OF_DOCUMENT_TOKEN_TO_BE_REPLACED

Australia has long produced some great mystery writers: Peter Temple, writing the Jack Irish series about a lawyer and gambler turned PI, as well as a number of standalone crime novels; Kerry Greenwood’s post-World War I series featuring private detective Phryne Fisher, to name just two. But in just the last year, authors from Down Under have delivered two new excellent mystery series. 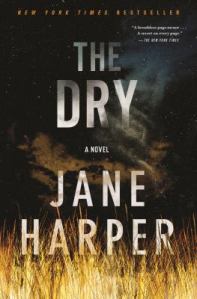 The Dry by Jane Harper
Federal Agent Aaron Falk left his tiny hometown of Kiewarra 20 years ago after the suspicious death of a friend. Now he gets word that another friend from that time, Luke, and Luke’s family have all been killed. Luke’s dad sends Aaron a letter that simply says “Luke lied. You lied. Be at the funeral.” And so he returns home to try to figure out what happened, and to try and come to terms with the death of his friend two decades before. This has a great cast of characters, two interesting mysteries split across 20 years, and Harper writes so realistically of the drought-stricken Outback that you can practically feel the hot wind coming off the sheep farms.

Crimson Lake by Candice Fox
A year ago, Sydney detective Ted Conkaffey pulled over on the side of a rural road to adjust his fishing equipment; a girl at the bus stop nearby went missing at nearly the same time, and was found days later assaulted and left for dead. Ted was accused but not convicted of the crime, released from jail with no job, no family or friends, and no prospects. He fled north, to the steamy, swampy, crocodile-infested wetlands of Crimson Lake. At loose ends, struggling for money, his lawyer connects him with private investigator Amanda Pharrell, herself convicted of murder when she was a teenager. Ted and Amanda make uneasy partners, but jump in together on the case of a very successful local author who has gone missing. Fox weaves together an interesting current mystery (is murder-by-crocodile possible?), while also teasing aspects of Amanda and Ted’s pasts in a way that will leave you impatient for the sequel.

Did you hear the announcement earlier this year, that the National Book Foundation will be adding a new award for the first time in 36 years, honoring works in translation? With that news, it’s a good time to continue highlighting some interesting international fiction published in 2017-18, this time from East Asia – Japan, Korea and China.

END_OF_DOCUMENT_TOKEN_TO_BE_REPLACED

As part of our intermittent, ongoing series rounding up interesting international fiction, let’s take a tour of European fiction published this fall in the US.

The Dying Game by Asa Avdic (Sweden)
In this psychological thriller set on a remote Swedish island, Anna is supposed to fake her death and then spy on the reactions of her fellow travelmates. The situation really gets deadly when they discover a real killer on the island with them.

The Safe House by Christophe Boltanski (France)
For generations, the tight-knit Boltanski family has lived together hunkered down in their shabby nobleman’s mansion. The novel explores a different room and family member each chapter. END_OF_DOCUMENT_TOKEN_TO_BE_REPLACED

Only about three percent of all books published in the United States are works in translation, and many of those books don’t necessarily garner a lot of mainstream press. As part of our ongoing series highlighting intriguing international fiction, here is a glimpse of some recent, interesting novels from Latin American authors.