When William Shakespeare died in 1616, he was not yet the literary giant of the English language. His reputation grew over the centuries, following the development of the Shakespearean cult in the 18th century.

About seven years after Shakespeare died, his colleagues John Heminges and Henry Condell published the first collection of plays by the Bard. Previously, there had been bootlegged quarto editions (somewhat equivalent to our pocketbooks) of a few of the plays, containing many mistakes and problems.  The new collection, known to history as “The First Folio,” is the root source for our knowledge of the body of plays, and it is the only source for 18 plays, including Macbeth, The Tempest and Julius Caesar. The original printing was about a thousand copies. Bibliophiles believe there are 228 surviving copies. The going price when published was one pound (about $200 today). Copies today are worth between $9m-20m, making the Folio one of the most valuable collections of words ever compiled. END_OF_DOCUMENT_TOKEN_TO_BE_REPLACED

To many it came as a shock. Just as conventional wisdom chorused that in our increasingly plugged-in society print books were destined to get left behind, a series of studies and articles from such sources as Nielsen, Publishing Technology, Hewlett Packard, The Pew Research Center, and The Washington Post overwhelmingly agreed that not only was print as popular as ever, but that younger digital natives are some of its most devoted fans. But the very latest data suggests this is starting to change, as hip young readers are forsaking paper for the retro-cool of parchment, papyrus, clay and stone. “I guess we shouldn’t be surprised.” observed cultural commentator DuPrise Blevins of the Myrick Millennial Institute, “Once it became clear that books were still hot, kids just naturally try to top each other. So we had the incunabula craze, and illuminated monk-punk. Then papyrus scrolls were popping up everywhere, in malls and at the clubs. This year, it’s clay. Everything is clay.” END_OF_DOCUMENT_TOKEN_TO_BE_REPLACED

Does the very idea of drawing draw you in? We hope so! Come on down!  Downtown, that is, because The Sketchbook Project: A Traveling Library of Artists’ Sketchbooks will be visiting the Central Library, July 10-12 between noon and 3pm.

Consisting of more than 31,000 books from 130 countries and counting, the Sketchbook Project is a traveling library that is sure to draw a crowd seeking inspiration or just curious to see an artistic imagination at work. You will be able to borrow sketchbooks from the mobile library and read them, café-style, on-site in front of the Library. END_OF_DOCUMENT_TOKEN_TO_BE_REPLACED 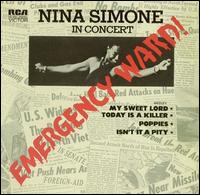 Are you tired of cookie-cutter songs with interchangeable melodies, sung by manufactured celebrities packaged in sound-bite-sized pieces? If so, I invite you to listen to one song which is the complete antithesis of this: “Isn’t It a Pity” by Nina Simone, from the album Emergency Ward (also available on Freegal). END_OF_DOCUMENT_TOKEN_TO_BE_REPLACED

Dick Francis’s Refusal by Felix Francis
Francis takes one of his father’s best characters and sets him against a man who is determined to undermine British horse racing. Sid Halley is able to turn the tables on his adversary and come out the winner. Francis writes a fast-paced novel in his dad’s footsteps and leads us on an exciting horse race to the conclusion. Keep ’em coming, Felix! – Bob, Central