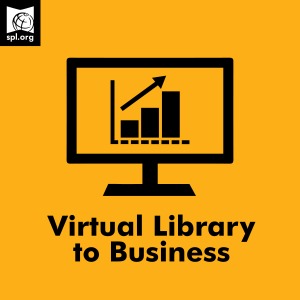 Are you pivoting your business and looking for market data to support the viability of your plan? Are you a self-employed small business owner, gig worker, or contractor who is trying to figure out which of the COVID-19 financial relief programs will work for you?

Over the past few weeks, new details on the different relief programs have been emerging daily and we know the amount of information can feel overwhelming. With so much going on, The Seattle Public Library’s Library to Business team is here to help you find and make sense of the information you need during this critical time. END_OF_DOCUMENT_TOKEN_TO_BE_REPLACED

The last months of summer are usually a whirlwind of getting out of town. For some of us that means finding a pet sitter. Maybe it’s a friendly neighbor or a local boarder or maybe it’s you! This August I hung out for two weeks with two adorable cat brothers who act more like dogs than cats! They sneaked into grocery bags and even brought a bat in the house (thank goodness for vaccinations)! My other gig is in a few weeks with two older pups…and I’m starting to wonder what adventures they will bring! Have you had any adventures in pet sitting?

“Clement’s assured cozy debut introduces an appealing heroine, 32-year-old Dixie Hemingway, who’s given up her stressful job as a sheriff’s deputy in Sarasota, Fla., to become a professional pet sitter. When Dixie calls early one morning on her latest client, a silver-blue Abyssinian named Ghost, she finds a dead man face down in the cat bowl. END_OF_DOCUMENT_TOKEN_TO_BE_REPLACED