It was discovered on the eighth day of our October Takeover that we didn’t have any posts planned about werewolves. I declared this deficiency a travesty and a crime against Halloween, and promised to rectify the mishap immediately. The truth is, I don’t know all that much about werewolves, but I do know you can’t have an October Takeover without at least mentioning our furry, lycanthropic compatriots.

The problem then becomes: what type of werewolves (and other shifty creatures) do I want to tell you about? Do we go the Laurell K. Hamilton route and discuss the sad state of lycanthropy vaccinations? If you read the Anita Blake, Vampire Hunter series, you’ll find that in addition to getting a bad patch of the vaccine, you might also get scratched by, bitten by, or turned into a shifty creature by unscrupulous witches (more on them in posts to come!). My favorite example of Laurell K. Hamilton werewolves is found in Lunatic Café, which, in addition to wolves, has just about every other animal you’d ever wanted to change into, and some that you really wouldn’t (rats? Really). END_OF_DOCUMENT_TOKEN_TO_BE_REPLACED

Vampires and Halloween go together like candy corn and garbage cans–they just makes sense. I’ve been a big fan of vampires for many, many years (I even wrote some posts about them awhile back), and so I feel very comfortable telling you that nothing says autumn, pumpkins, and trick-or-treating like our fanged brethren of the night. I’ve compiled a list of my favorite vampire stories for you to sink your teeth into this season, but I have one disclaimer: these books have serious bite (sorry, I had to)!

My Swordhand is Singing by Marcus Sedgwick is a creepy tale that’s ostensibly geared toward teenagers. Don’t let that hold you back though! This book is spine-tingling witchcraft that will have you sleeping with the lights on.

END_OF_DOCUMENT_TOKEN_TO_BE_REPLACED

Picture it: Transylvania 1431; a child is born that will inexorably change the course of history. Okay, that might be a flagrant exaggeration, but not if you live in Hungary or are a superfan of vampires and vampire fiction, especially the latter. The child I’m referring to is, of course, Vlad III of Wallachia, better known as Vlad the Impaler and even better known as (Count) Dracula.  END_OF_DOCUMENT_TOKEN_TO_BE_REPLACED 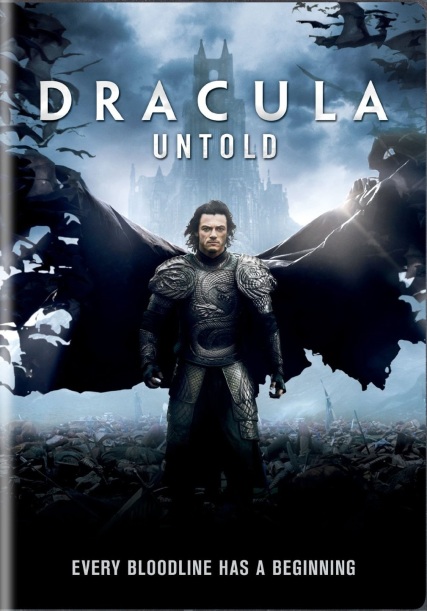 When people hear the word ‘vampire,’ often the first thing that comes to mind is Dracula. In fact, for some people ‘Dracula’ and ‘vampire’ mean the very same thing (at least they do if you’re Deadpool). But where did this obsession begin, and what’s it all about? Over the next couple posts, we’re going to be delving into all things Dracula; the stories, the movies, and even the man behind the myth. END_OF_DOCUMENT_TOKEN_TO_BE_REPLACED

If you like the idea of magic and fantasy, but think made-up worlds and pseudo-medieval times are weird, Urban Fantasy might just be the subgenre for you. In Urban Fantasy stories, magical and fantastical elements are plunked right down in the middle of modern day life. The results can be hilarious, terrifying, and bizarre, and are pretty much always worth reading.

For a gentle introduction to this subgenre, start with Hounded by Kevin Hearne. This first novel in the Iron Druid Chronicles introduces readers to Atticus O’Sullivan and his wise-cracking Irish Wolfhound, Oberon. The story takes place in current day Arizona but the protagonist is a two-thousand-year-old Druid whose friends include a werewolf, a vampire, and an ancient Celtic Deity. END_OF_DOCUMENT_TOKEN_TO_BE_REPLACED