If you’re watching Lynn Novick and Ken Burns’ documentary Hemingway this week on PBS, you’ve heard a lot of writers and commentators talking about what a profound influence Ernest Hemingway

has had on American literature. As the writer Tobias Wolff puts it, “It’s hard to imagine a writer today who hasn’t been in some way influenced by him. It’s like he changed all the furniture in the room, right? And we all  have to sit in it. We can kind of sit on the armchair, or on the arm…” No matter how you may feel about the man (or mansplainer, philanderer and self-mythologizer), there’s no denying that Hemingway the writer originated an oblique, minimalist style that has cast a long shadow over our literary landscape.

Among his near contemporaries, many authors in the genres of hardboiled crime and noir adopted a similar colloquial, hardbitten style. Try reading James M. Cain’s The Postman Always Rings Twice and see if you don’t fine a spiced up version of Hemingway’s understated prose from the very first line: “They threw me off the hay truck about noon.” Other classic noir writers of the 1930s and 1940s, such as Cornell Woolrich or William Lindsay Gresham, reveal a similarly uncompromising, clipped style that is still found in many hardboiled writers – such as Elmore Leonard – today. END_OF_DOCUMENT_TOKEN_TO_BE_REPLACED

For this installment of Book Series By Volume I’m sleuthing out detective novels. There are several bulky series to look at, but I’ve picked my personal big three. 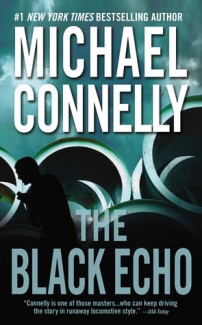 The 22 books cover about one and a half cubic feet, but Bosch shows up in a couple other satellite series by Connelly and is probably one of the more complex detective characters out there. Grizzled, aging, angry at the scrutiny his bosses in the LAPD put him under, and slightly annoyed at carrying the name of a well-known 15th-century Dutch artist, Hieronymus “Harry” Bosch is a detective from the old noir school of investigation. A deeply flawed man, Bosch is all too aware of his failings, but uses those perceived short-comings to bolster his unwavering belief in justice over correctness and justify his methods in achieving it. Despite being saddled with partners throughout the series, Bosch is an unapologetic loner, which is often what puts him in difficult positions. If you like gritty noir, this series should be on your nightstand. END_OF_DOCUMENT_TOKEN_TO_BE_REPLACED

If you’ve been taking our Mystery Challenge, you’ve tried many different types of whodunits across a spectrum from cute to bleak, but all these stories have had one thing in common: justice has prevailed in the end. But what happens when there is no justice, or when even justice seems unjust? Noir happens. END_OF_DOCUMENT_TOKEN_TO_BE_REPLACED

As I set out to read my way through my alphabet of crime, I was a little worried about the letter ‘I,’ but it turned out to be quite a little Anglo-French treasure trove. Here are three great authors in our mystery “I’s,” each with their own distinct voice.

Graham Ison is one of the many British authors represented in our collection through those nice little Severn House hardcover editions, and we have several titles in each of his two mystery series. His contemporary police procedurals feature stolid – okay, stodgy – veteran Detective Chief Inspector Harry Brock and his mouthy working class partner Detective Sergeant Dave Poole, who banter and grouse their way through the sordid array of casework, somewhat in the vein of Reginald Hill’s Dalziel and Pascoe or Bill James’ Harpur and Iles series. A good early title, Light Fantastic finds the duo drawn into the posh lives of the rich and fabulous, but it isn’t long before they’re back on the seamy side again. 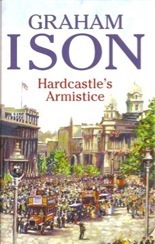 Ison’s other series are historical mysteries set on the British home front during the Great War, where crime rages on despite the epic struggles overseas, and featuring the investigations of Detective Inspector Ernest Hardcastle, a man as respected for his dogged determination as he is avoided for his (very entertaining) mean temper. Hardcastle is a man who doesn’t suffer fools, and of which there is an inexhaustible supply. (Colin Dexter’s Inspector Morse comes to mind, as does John Mortimer’s Rumpole). Hardcastle’s Armistice, in which the murder of a prostitute turns out to have unexpected political ties, is a fine early entry in this non-chronological series. 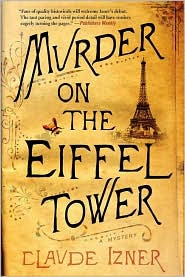 Just down the shelf is Claude Izner (a pseudonym for a pair of sister bookstore owners from Paris – sounds heavenly, no?) whose series featuring Victor Legris – also a Parisian bookseller – is drenched with the sights, sounds and personalities of the City of Light, circa 1890. Legris’ first case involves a Murder on the Eiffel Tower, seemingly achieved via a most unorthodox weapon – a bee sting. Historical mystery fans get all the intriguing period detail they came for, and what a great time and place to visit. I can just imagine all the historical personages waiting in the wings as we approach the fin de siècle. A good choice for fans of Boris Akunin’s Erast Fandorin series.

The France burned into the pages of Jean-Claude Izzo’s books could not be further from Izner’s belle époque. Izzo is one of the best noir writers, and (like the more celebrated Stieg Larsson) died far too young, leaving a small but indelibly affecting body of work – ruthless kick-in-the-teeth d

epictions of a world gone mad. (Readers of this column will know I have a soft spot for this kind of hard writing). Izzo’s Marseilles trilogy begins with the aptly named Total Chaos, in which loose cannon Fabio Montale, who in his youth used to run with a bad crowd and now runs with a worse (he’s a cop), hunts for justice in the seething, squalid, racially charged ghettos of Marseilles. No justice to be found, he’ll settle for revenge. Fabio eventually gives up the police force as too corrupt, but cannot stop wrestling with the evil that surrounds him and ravages those he loves; his further descent into the underbelly of Europe continues in Chourmo and Solea. It doesn’t end well, but then you knew it wouldn’t, didn’t you? 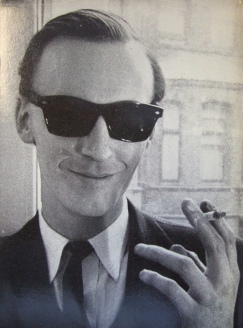 Among crime readers, there are certain qualities that serve as points on our criminal compass. For example, authors who put a scalpel to the subtle psychological underpinnings of crime contrast with those for whom swift action on every page is essential. Another scale lies between whodunnits with a humorous or “cozy” feel, and those on the darker, grittier end of the spectrum. And just as with diners who always order the full 5 spicy stars at a Thai restaurant, there are readers who devour the bleakest and blackest of hardboiled authors with perverse relish. For these readers, I suggest Derek Raymond, the deeply influential but little-known godfather of British noir.

Raymond’s life story is fascinating – rich kid turned criminal, exiled to France – but his reputation rests on a series of five novels featuring a detective sergeant working out of Police Headquarters, aka “the factory,” on the unsolved deaths of largely forgotten people – drunks, derelicts, junkies and the insane. The detective (we never learn his name) is haunted by the death of his daughter at the hands of his wife, an event which committed him utterly and unrelentingly to seeking justice for the nameless, faceless “trash” written off by an increasingly alienated, materialistic society. The detective’s path grows darker and more tortuous from He Died with His Eyes Open to the assembly of a dismembered corpse and its story in The Devil’s Home on Leave, to How the Dead Live, featuring a bizarre crime that plunges us past sanity into murky madness. 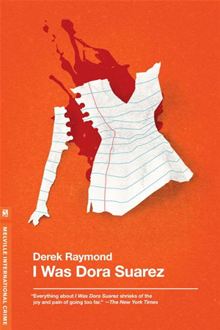 Then we come to Raymond’s masterwork: I Was Dora Suarez, a book so shockingly graphic that Raymond’s erstwhile publisher was purported to have vomited on his desk just a few pages in. We witness in disturbingly objectified detail the ghastly murder of a young prostitute, and the offhand killing of an elderly friend. Then we join our detective as he surveys the carnage and is transfixed, and transfigured, by what he sees. It is a harrowing reading experience, and one that dares us to witness the true face of crime, not merely as a riddle to be solved or a wrong to be righted, but as the most tragic failure of individuals and of society. It is very hard to come out the other end of I Was Dora Suarez and not be somehow altered by the experience. Reading the book reminds me of the first and only jury I ever sat on, sifting through the facts and the evidence in a case that led to us finding a man guilty of the murder by strangulation of three drug addicted prostitutes. Like jury duty, reading Raymond demands a certain responsibility of the reader.

As with his other “factory novels” – Raymond termed them his “black novels” – I Was Dora Suarez begs us see how the most unspeakable crimes differ only in degree from the little deaths and depredations endured by many of the living, day after day. The real crime is not the manner of death, but the manner of life. Long unavailable, all five of Raymond’s factory novels have been reprinted by Melville House. If you’re up to the challenge, they’re incomparable.