Tonight is THE night for the dead to crawl out of the underworld and roam the streets. Where are the best places to celebrate both in the US and around the world?

END_OF_DOCUMENT_TOKEN_TO_BE_REPLACED

With cauldrons bubbling, ghost shrieking and the things that go bump in the night, the mystery side of Halloween comes to life.  A person cannot be too careful on All Hallows Eve for the bump in the night could be a dead body falling from great height.

Parties and Carnivals start this day of fright. Agatha Christie’s Hallowe’en Party starts the show with a murder.  You might think you are safe looking for antiques; not if you read Antique Maul by Barbara Allan or Gossamer Ghost by Laura Childs. A Halloween pumpkin festival is the setting for murder with Candy Corn Murder by Leslie Meier. A visit to a cemetery is required for a good fright, Ray Bradbury has penned Graveyard for Lunatics for your delight. END_OF_DOCUMENT_TOKEN_TO_BE_REPLACED

It was discovered on the eighth day of our October Takeover that we didn’t have any posts planned about werewolves. I declared this deficiency a travesty and a crime against Halloween, and promised to rectify the mishap immediately. The truth is, I don’t know all that much about werewolves, but I do know you can’t have an October Takeover without at least mentioning our furry, lycanthropic compatriots.

The problem then becomes: what type of werewolves (and other shifty creatures) do I want to tell you about? Do we go the Laurell K. Hamilton route and discuss the sad state of lycanthropy vaccinations? If you read the Anita Blake, Vampire Hunter series, you’ll find that in addition to getting a bad patch of the vaccine, you might also get scratched by, bitten by, or turned into a shifty creature by unscrupulous witches (more on them in posts to come!). My favorite example of Laurell K. Hamilton werewolves is found in Lunatic Café, which, in addition to wolves, has just about every other animal you’d ever wanted to change into, and some that you really wouldn’t (rats? Really). END_OF_DOCUMENT_TOKEN_TO_BE_REPLACED

There are some people who live for a good blockbuster horror film. You know, A-list actors, huge budgets, and tons of high-end special effects, that sort of thing. Sure, those kinds of horror movies are all but guaranteed to give you thrills and chills, but where are the laughs? For a little comedic relief this Halloween season, be sure to check out our list of “terrible” movies starring people you’ve probably never heard of, and budgets that are often less than five figures.

No B-movie list would be complete without mentioning the Evil Dead trilogy and the incomparable Bruce Campbell. The original series follows the protagonist, Ashley J “Ash” Williams (Bruce Campbell) through the three films. The first film, The Evil Dead introduces us to Campbell’s character and the “Book of the Dead” that he and his friends stumble upon while out in a cabin in the woods. Low budget gore and horror ensue (plus a few unintended laughs), and the viewer is left with a cliff-hanger ending, wondering what happened to lone survivor Ash. END_OF_DOCUMENT_TOKEN_TO_BE_REPLACED 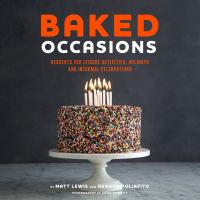 While not overly spooky, these two recipes, the milk chocolate malted brownies with chocolate ganache and chocolate cinnamon chipotle sugar cookies, were decadent and divine! I had to give it a shot. END_OF_DOCUMENT_TOKEN_TO_BE_REPLACED