“Read any good books this year?”

That’s one of my family’s favorite questions around the holiday table. But if the past is any indication, my answer will be something like: “Yes! … If I could only remember them.”

I have long wanted an easy, reliable method of keeping track of books I’ve read. I’ve tried Good Reads, a bullet journal, a spreadsheet and just keeping a simple list on the fridge. In all cases, after a few entries, my efforts tapered off.

At the end of the day, I’d rather read than keep a log of what I’ve read.

Lucky for me, The Seattle Public Library offers several Library tools that can help, with minimal effort required. I recently experimented with a few, with the goal of making 2022 my Year of Finally Remembering What I’ve Read.

The default setting in the Library’s catalog is to not track your checkouts. This is in keeping with our confidentiality policy, which you can review on our website.

Here’s the important sentence: “The Seattle Public Library protects the confidentiality of patron information as part of its commitment to intellectual freedom. Confidentiality and privacy are essential to free speech, free thought and free association.”

In other words, once you return an item, the Library doesn’t keep track of what you’ve borrowed. It also doesn’t track the web pages you navigate to or other Library activity. If you’ve wondered why you never get auto-generated “recommended reads” links while browsing the online catalog, this is why. END_OF_DOCUMENT_TOKEN_TO_BE_REPLACED

Anne Manx in Lives of the Cat by Larry Weiner, read by Claudia Christian and Patricia Tallman

Anne Manx is an honest detective, maybe the last one remaining in the star system. And because of this, when a sudden insurrection within the police force puts the entire system on the edge of anarchy, she finds herself on the wrong end of a gun barrel. But this is not where Anne Manx’s story ends. For this end is merely a beginning, and like the mythical cat with nine lives, Anne Manx is one hard cat to kill. A fast-paced romp through space full of campy fun, this fully-staged radio production is an homage to radio serials of old, like Buck Rogers and Flash Gordon, mixed with the satirical adult humor of Barbarella.

From the team that brought you the new sci-fi cult classic novel and audiobook, Ready Player One, author Ernest Cline and narrator Wil Wheaton, have reteamed to create another ode to the 80’s in Armada! This fast-paced science fiction adventure is the perfect blend of two 80’s Sci-Fi classics, Jonathan R. Betuel’s film, The Last Starfighter and Orson Scott Card’s novel, Ender’s Game. High school senior Zack Lightman is doing what he does most days in class, staring out the window and daydreaming, when suddenly he sees something that he certainly couldn’t have seen. If you asked him what he saw, he wouldn’t tell you. Absolutely not. Because if he did, you’d think he was going crazy. Just like his dearly departed dad. Because, what he saw in the sky that day wasn’t a bird, or a plane, or even a super-man, but a spaceship. A very specific spaceship, as a matter of fact. A spaceship from his favorite game, Armada. But that can’t be right. Because that would be crazy. END_OF_DOCUMENT_TOKEN_TO_BE_REPLACED

Filmmaker and author John Sayles has been creating excellent work for over forty years. Helming his first film in 1980 at the age of 30, he had already written two books and a few genre films for Roger Corman, including the timeless eco-parables Piranha and Alligator. Favoring stories about communities during moments of upheaval and duress, Sayles’s brand of social consciousness is present across his work, often marked by ensemble casts that occupy various strata of economic power. Through Overdrive and Hoopla, you can explore a sample of this great storyteller’s work with your Seattle Public Library card.

Available as both an ebook and a downloadable audiobook is his latest novel, Yellow Earth. Following over a dozen players around the Dakotan region of the town of Yellow Earth, the book explores the evolution of a community affected by the discovery of oil in its vicinity. The story dives headlong into fracking dynamics, exploring the geological and psychological fallout of corporate mandates in a world that is still addicted to petroleum. END_OF_DOCUMENT_TOKEN_TO_BE_REPLACED

There’s a good chance you are longing for the days when you could simply walk into the library to pick up a book, watch a DVD, browse the internet or peruse the rest of the endless available services and materials. You’re not alone! So, in the spirit of the library being closed but many services still being accessible, we bring you a list to immerse you back into the wondrous world of libraries (and all things associated with)! 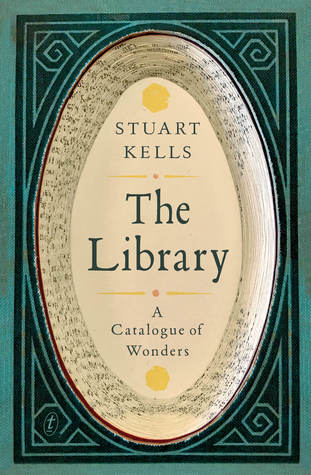 The Library: A Catalogue of Wonders by Stuart Kells

If you have ever had any inclination to learn about libraries, their history, and what they mean to those around the world then Kell’s book will be a great introduction into the world of a bibliophile. From Kirkus Reviews: “More miscellany than catalog, the book assembles snippets from a wide variety of disciplines into an eclectic history of libraries as cultural, political, aesthetic, literary, mnemonic, and, above all, personal phenomena dedicated to collecting and preserving the written word.” END_OF_DOCUMENT_TOKEN_TO_BE_REPLACED

Stuck inside and looking for entertainment the whole family can enjoy? Try these three outstanding eAudiobook series available on Overdrive!

Alcatraz Smedry isn’t just some kid. Growing up in multiple foster homes, he has found that he has a knack for breaking things. No, he REALLY BREAKS THINGS. He’ll break the toaster he’s trying to use, he’ll break the counter the toaster sits on, heck, he’ll even break the kitchen! He even broke a chicken once – don’t ask. It’s not like he means to break things. He just can’t control it…but what if he could? What if he was secretly a member of a royal family of all powerful Smedrys? Each with their own unique abilities, waiting to be harnessed for the good of the world! Wouldn’t he have learned about this already? Well, not if the secret society of Librarians who secretly rule the world would have anything to say about it! Did I mention they are Evil Librarians? At least they are according to this old man he has just met, who claims to be his grandfather. END_OF_DOCUMENT_TOKEN_TO_BE_REPLACED