It has probably happened to you. You suddenly sense that the performer you’re enjoying live on stage sounds hauntingly familiar. What you may not have realized is that theirs was the voice reading into your airpods on that morning’s commute. Here’s just a small sampling of local talent on audio.

One of Those Malibu Nights, by Ellizabeth Adler, read by Julie Briskman. You’ve likely seen her at ACT Theatre or the Seattle Rep, most recently in Indecent. Now hear her relate how handsome Private Eye Mac Reilly and his intrepid  gal Friday Sunny Alvarez brave the wilds of Malibu  and southern France to save the life of a beautiful movie star from a stalker.

Heyday, by Kurt Andersen, read by Charles Leggett. Veteran character actor Leggett has appeared at Intiman, the Village Theater, ACT and the Seattle Rep, most recently alongside with Julie Briskman in Tiny Beautiful Things.  Now hear how his knack for characters and accents get a full workout in Andersen’s sweeping historical novel. END_OF_DOCUMENT_TOKEN_TO_BE_REPLACED

Seattle Repertory Theatre presents NINA SIMONE: FOUR WOMEN by Christina Ham from April 26 to June 2, 2019. Librarians at Seattle Public Library created this list of books, music and films to enhance your experience of the show.

Nina Simone’s “Four Women” is a haunting, critical exploration of racial stereotypes and the legacy of slavery through the lives of four Black women: Aunt Sarah, Saffronia, Sweet Thing and Peaches. In NINA SIMONE: FOUR WOMEN, playwright Christina Ham brings these characters and Simone herself to life as they gather in the ruins of the 16th Street Baptist Church the day after 4 young Black girls died in a terrorist bombing. This tragedy profoundly impacted Simone, prompting her evolution from artist to artist-activist and inspiring her to write and perform powerful songs such as “Mississippi Goddamn,” “Young, Gifted and Black” and of course, “Four Women.” END_OF_DOCUMENT_TOKEN_TO_BE_REPLACED

Seattle Repertory Theatre presents LAST OF THE BOYS by Steven Dietz, directed by Braden Abraham, from January 18 to February 10, 2019. Librarians at Seattle Public Library created this list of books, films, and music to enhance your experience of the show.

Seattle’s prolific and industrious playwright Steven Dietz received a Pulitzer Prize nomination for LAST OF THE BOYS, which was written and first produced in 2004. END_OF_DOCUMENT_TOKEN_TO_BE_REPLACED 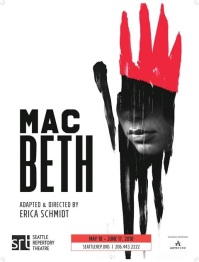 Seattle Repertory Theatre presents MAC BETH, adapted from Shakespeare’s play and directed by Erica Schmidt, from May 18 to June 17, 2018. Librarians at Seattle Public Library created this list of books, music and films to enhance your experience of the show.

In MAC BETH, playwright/director Erica Schmidt reimagines Shakespeare’s classic tale of intrigue and poisonous ambition with an all-female cast, as seven young women gather after school to retell the story of Macbeth. Here are a few other books that reframe the story with a focus on female characters and perspectives. END_OF_DOCUMENT_TOKEN_TO_BE_REPLACED 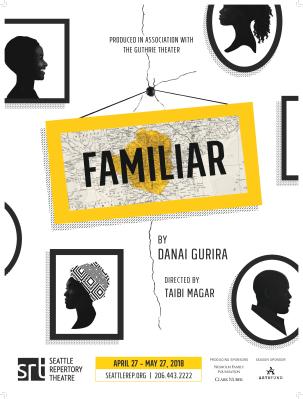 Seattle Repertory Theatre presents FAMILIAR from April 27- May 27, 2018. Librarians at Seattle Public Library created this resource list of books, CDs and DVDs to enhance your experience of the show.

We know that a wedding unites more than two people. The couple are not just traveling the distance to complete their vows, their families are traveling the distance with them.  Even when language, food, culture and customs are shared, couples, still, encounter unknown and unexpected ideas and beliefs. END_OF_DOCUMENT_TOKEN_TO_BE_REPLACED