Kirk was a pioneer and leading light of the distinctive Northwest modernist architectural style that flourished between the 1940s and 1970s. This style was influenced by a traditional Japanese aesthetic and emphasized simple and elegant designs that fit into the natural landscape.

Our Magnolia Branch is exemplary of this style, with its hallmark use of long beams of natural wood and large windows that fill the building with light and invite the outside in. END_OF_DOCUMENT_TOKEN_TO_BE_REPLACED

As we mark twenty years since the terrible events of September 11, 2001, this past week has been a time of remembrance and reflection for many of us. While reading a powerful piece in the Washington Post in which people share how that day changed their world views, I reflected on how in the weeks, months and years following 9/11, we librarians witnessed a shift in the reading interests of our patrons at the Library that seemed to me a ray of hope during a dark time.

Like everyone, my memories of the day itself are indelible. I recall how the word spread via (then newfangled) email around our Central library’s temporary facility – the current library was still just a big hole in the ground. How people gathered around hastily set up televisions at many of our branches, to watch in stunned silence as the day unfolded. And how over phones and in person, the questions flooded in: What was happening? Were we safe in Seattle? What could people do to help, and where should they send support? Why do they hate us?

END_OF_DOCUMENT_TOKEN_TO_BE_REPLACED

This has been a year when I have found my sense of cozy vibes becoming more amplified in my home. Between nesting for the arrival of our child, working from home, and just settling in to the Pacific Northwest winter – cozy is front and center of all we do. New couch purchase means piling on throw pillows and blankets. Lighting candles and putting on fuzzy socks while reading a book. Hunting down the infamous cocoa bombs to enjoy in front of the fireplace. It comes as no surprise that in 2018 Seattle was the top hygge city in the U.S.

For inspiration on how to create that hygge feeling in your home, here are a few books in our collection: 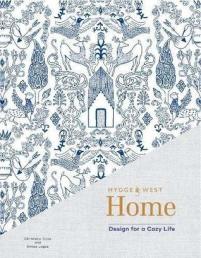 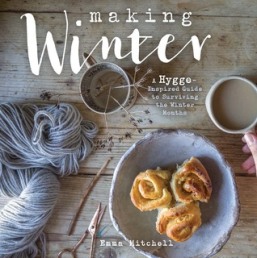 On May 15th, Seattle filmmaker Lynn Shelton died from a blood disorder at 54. Shelton was known for her intimate style of filmmaking, which was frequently both touching and funny, and for her commitment to making films about (and filming them in) Seattle. As her career moved forward, she worked with bigger and bigger stars – she directed four episodes of the acclaimed Hulu series Little Fires Everywhere – but always retained her independent spirit, which are on display with her films, many of which can be streamed on Kanopy and Hoopla.

We Go Way Back (2006) is a small, intimate film about  23-year Kate, who’s quarter-life crisis is exacerbated when she discovers letters from her 13-year-old self and realizes in ten years time she went from an ambitious teenager to idle young adult. Little seen and lacking star power, Shelton would wait three years for widespread recognition with Humpday (2009). Taking bromance to a new level, Humpdayfollows Ben (Mark Duplass) and Andrew (Joshua Leonard), fiercely competitive friends who, after a drunken night, agree to the ultimate dare – set aside their heterosexuality and make a porn film together, in the name of art. Funny and slightly squirmy, Shelton’s smart commentary on the politics of masculinity won her a Special Jury Prize at Sundance. END_OF_DOCUMENT_TOKEN_TO_BE_REPLACED

Last week I highlighted some of the diverse podcasts the library has to offer on it’s website with no library card required. I wanted to discuss some of the other things offered on the Library Podcast page, specifically the variety of discussions on Seattle and Seattle history.

In Fall of 2019, the Library hosted discussions on the hidden history of the Space Needle, including Space Needle Redux: Knute Berger and B.J. Bullert Eye the Needle. END_OF_DOCUMENT_TOKEN_TO_BE_REPLACED