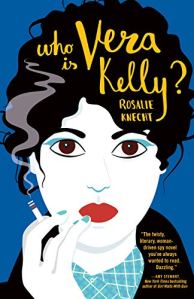 Who is Vera Kelly? by Rosalie Knecht.
A different sort of spy story full of anticipation with an almost sultry atmosphere as we wait along with Vera Kelly.  Set in 1960’s Buenos Aires, Knecht captures the classic Cold War struggle between the CIA and revolutionary, nationalist communists that personified an entire era. Interwoven within the story is how Vera Kelly found herself as a lone spy observing a dangerous coup.  An utterly compelling read that is hard to put down. END_OF_DOCUMENT_TOKEN_TO_BE_REPLACED

I foolishly tried to resist getting caught up in the fervor, but it’s no use: once again my attention has been totally dominated by the Olympic Games. Such is the case for many of our patrons if the small talk at our service desk is any indication. There’s also been a run on all of our books about the Games, but there are some great mysteries and thrillers out there that feature the Olympics in various ways. Here’s a taste: 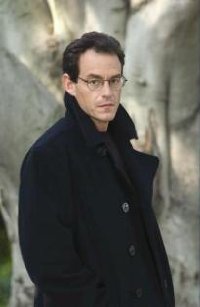 I love July for the warmth and light to read a good book in the evening on the porch, and the sure and certain knowledge that I’ll have another installment of Daniel Silva’s superlative series featuring Israeli spy and assassin cum art restorer Gabriel Allon. (This July The Fallen Angel takes us all inside the walls of the Vatican, where I expect a much more interesting and realistic experience than my last literary visit there – sorry Dan Brown). Whether he’s ferreting out art treasures stolen by the Nazis, facing off against Russian arms dealers, or infiltrating jihadist terrorists, Allon never fails to provide a convincing and compelling focus for beguiling and complex tales of international intrigue. Silva manages to combine all the fun of a series hero with the style and thought-provoking moral complexity that readers expect from literary fiction.

If you’ve never tried Silva, you’re in for a treat. If you have, and grow wearing of waiting for Allon’s next adventure, here are some other authors of stylish and complex espionage that may help you through the other ten months of the year.

You’ll find more suggested titles right here in our catalog. Come join us on July 23 for Silva’s live interview with Warren Etheredge. Books will be for sale, and Silva will be signing. Oh, and here are some reading suggestions from Daniel Silva himself:

Visit NBCNews.com for breaking news, world news, and news about the economy

Last week I talked about E.C. Bentley’s singular mystery Trent’s Last Case, which was dedicated to his old friend G.K. Chesterton; now that I’ve reached the C’s in my alphabet of crime, it seems only fitting to revisit Chesterton’s singular thriller, The Man Who Was Thursday, itself dedicated to Bentley. Although mystery fans will best know Chesterton for the his mystery stories featuring the quiet intuitive brilliance of Father Brown, this curious blend of dime novel thrills and playful, surreal paradox is my own favorite.

In the wake of an ominously brilliant sunset, poets Gabriel Syme and Lucian Gregory engage in a dialogue on merits of anarchy and order on a London park bench, and then retire to a pub to continue their discussion over some surprisingly luxurious food. Suddenly the bottom literally drops out beneath them, and the anarchist Gregory initiates Syme into a secret subterranean cabal – an anarchist council. Detective Syme swiftly and ingeniously turns the tables on his host, getting himself elected to the board – a weird group of phantasmagoric bogeymen right out of a James Ensor painting – where he is dubbed Thursday, according to their curious argot. (In 1908, “anarchism” was no joke, just as “terrorism” is not today. One has only to read Joseph Conrad’s The Secret Agent, published the previous year, or Félix Fénéon’s Novels in Three Lines to get a sense of how pervasive the threat of anarchism was felt to be at this time; three world leaders had been assassinated by self-proclaimed anarchists, including an American president).

Thus commences a headlong intercontinental chase something in the vein of John Buchan’s The Thirty-Nine Steps, conducted via car, balloon, horse and elephant, as the other days of the week are unmasked – all except the anarchist’s president Sunday, the enigmatic prime mover behind these obscure doings. In the end the joke may be on us, or then again not. Chesterton once wrote “The function of the imagination is not to make strange things settled, so much as to make settled things strange.” The Man Who Was Thursday achieves this; for all its playfulness, he gestures towards an ultimate mystery lying at the back of things that is all too real and ineffable.

Chesterton had a healthy respect for the pull of a good story; another of my favorite quotes of his (from an essay entitled In Defense of Penny Dreadfuls) is “Literature is a luxury; fiction is a necessity.” What I enjoy most about the world of this strange and wonderful book is that for all its hints at the works of Kafka, Walser, and Borges to come, it never stops being an adventure. I love books that do that. Creating a world that is almost but not quite our own, in many ways it prefigures the magical realism and urban fantasy of today. It is quite a trip.