Kanopy is a library-provided movie app I have on many devices. I have it on my phone, Apple TV, and our iPad, but it’s not an app I’ve used very often… until now. One of the things I enjoy the most about Kanopy is what it offers breaks me out of my comfort zone. Kanopy also recently offered movies that are credit free viewing so even more incentive to give something new a try.

I recently watched Some Freaks, starring Thomas Mann from Me and  Earl and the Dying Girl, and Lily Mae Harrington, who was amazing to watch. She blew me away. “A charming romance develops between a boy with one eye and an overweight girl, though when she loses her weight after going to college, their relationship is tested in devastating ways they never dreamed would happen” (Kanopy). Multifaceted and real, it went well beyond the idea of a “teen film.” 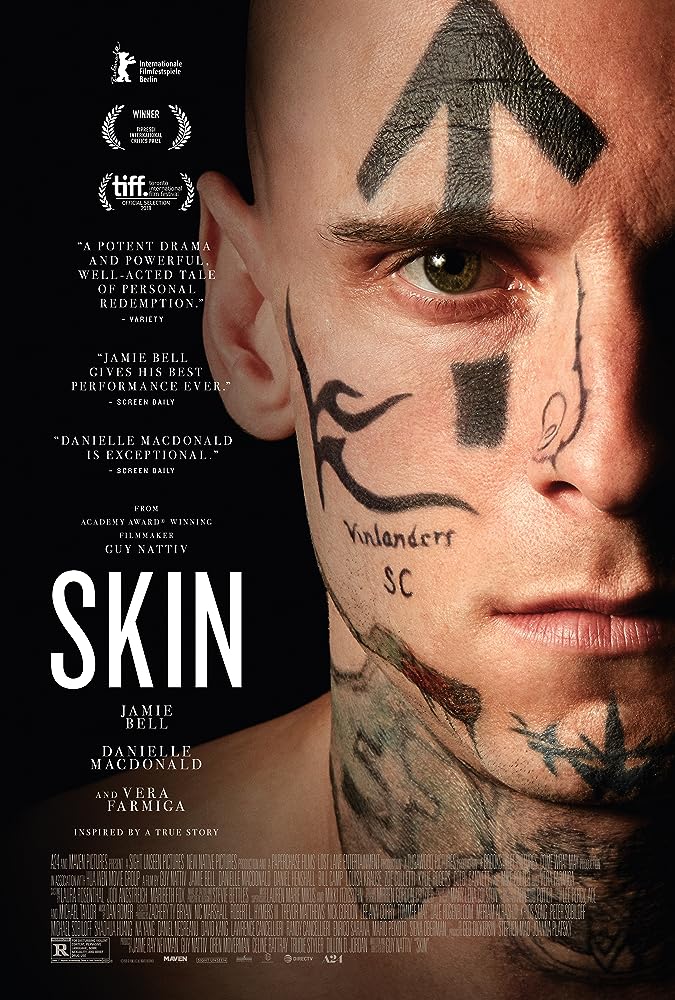 This past week my husband and I watched Skin, which to be honest, was intense. “A man makes the dangerous choice to leave the neo-Nazi gang he joined as a teenager. He is determined to start a new life–if he can make it out alive” (Kanopy). This is based on the true story of Bryon Widner featured in the MSNBC documentary Erasing Hate. Philadelphia-based anti-racist activist Daryle Lamont Jenkins, founder of the One People’s Project and Bryon’s wife, Julie were the biggest help in turning his life around. END_OF_DOCUMENT_TOKEN_TO_BE_REPLACED

It’s Friday the 13th, which always makes me want to curl up with a good horror flick…or even a bad one. But I’m sure I’m not the only one, and DVD wait lists can sometimes crush those plans…however with our streaming services a horror flick is just a click away with your library card.

Want to get your horror fix without a wait list! Go to Kanopy and Hoopla to stream now!

My favorites from Kanopy:

What We Do In the Shadows – A great little horror comedy mockumentary from New Zealander’s Jemaine Clement and Taika Waititi who wrote, directed, and starred in the film.

“Housemates Viago, Deacon, and Vladislav are three vampires who are trying to get by in modern society; from paying rent and doing housework to trying to get invited into nightclubs. They are just like anyone else – except they’re immortal and must feast on human blood. When their 8000 year-old roommate Petyr, turns 20-something human hipster Nick, into a vampire, the guys must guide him through his newfound eternal life.”

END_OF_DOCUMENT_TOKEN_TO_BE_REPLACED

Movie lovers rejoice! The Seattle Public Library recently added a film streaming service called Kanopy. Kanopy offers a collection of over 30,000 films with an emphasis on classic, independent and international films but also includes award-winning documentaries, selections from The Great Courses lecture series, and a wide ranging sample of some of the finest PBS programing. END_OF_DOCUMENT_TOKEN_TO_BE_REPLACED