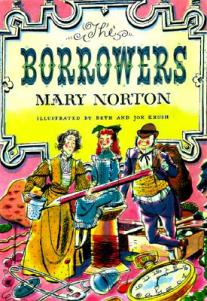 Sometimes, especially at night when the world is dark and quiet, I hear strange noises in my house. Rhythmic little taps that fade to nothing. The squeak of a cupboard opening in an empty room. A faint sound like distant voices coming from up near the eaves, where no human ought to be.

My first instinct is to blame the cats, who sneak off to make mischief when they think I’m not paying attention. Usually, I’m right. But when the weather is cold and the cats are curled up in their basket, my mind strays to more interesting conclusions. Maybe—just maybe—I had it right when I was ten and knew that secrets lurked beyond the bounds of our regular lives, discoverable only by people who believed they could exist. Maybe the noises I hear in my house share a common origin with lost socks, missing bobbins, and keys that are laid down in one spot and appear in another.

Maybe there really are tiny people living in the walls, just out of sight. Innovative little people facing challenges I can barely imagine in a world built to ten times their scale. Maybe these books contain more truth than we know!

The Borrowers by Mary Norton
This award-winning classic series features an innovative family of miniature people who live in the nooks and crannies of an old country house, “borrowing” necessities from the home’s human occupants and avoiding hazards such as cats. Written for children, this series is a charming read for folks of all ages. The library also owns movies starring the Borrowers.

The Littles by John Peterson
The Littles, like the Borrowers, are a family of tiny people who live in the walls and floor of a house owned by the Biggs, whose human son befriends them and guards the secret of their existence. While the Borrowers essentially look just like normal-sized people, the Littles have large ears, mouse tails, and prominent front teeth. Written in the late 1960s, nearly a decade after the first Borrowers book, the Littles appear in a series of children’s books, a television program and a feature film.

Gulliver’s Travels by Jonathan Swift
The Lilliputians Gulliver encounters in part one of his voyage around the world are six inches tall, like the Borrowers and the Littles, but rather than hiding in the shadows and playing second fiddle to humans they dominate their own realm and are capable of capturing and tormenting the normal-sized humans who fall into their midst. So loved that it has been continuously in print since 1726, Gulliver’s Travels may be the archetype of the miniature person story.

Mistress Masham’s Repose by T.H. White
Maria, a lonely young heiress, is shocked to discover a whole community of tiny people living in secret on an abandoned island in the neglected grounds of her family’s hereditary estate. Further investigation reveals them to be an exiled community from Gulliver’s Lilliput. Like any child who makes the acquaintance of tiny people, Maria instinctively understands that she must keep their existence a secret—but she is less clear about whether they deserve the respect and autonomy due ordinary people, or can be treated as roughly as she treats her toys. Trouble brews. 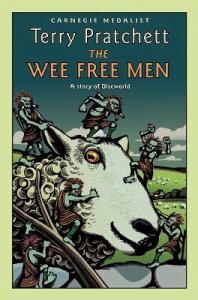 The Wee Free Men by Terry Pratchett
When her baby brother is stolen by evil fairies, a young girl enlists the help of the six inch tall, blue, warlike “Free Men” to steal him back. This is the second book in the author’s famous Disk World series. Other Disk World books that feature the Wee Free Men include A Hat Full of Sky and Wintersmith. (Readers for whom six inch people are too large to be interesting may also enjoy another book by the same author: The Carpet People, available through interlibrary loan. Here we have a tribal community led by a philosopher-shaman who live in the depths of a carpet under constant threat from a mysterious destructive force called “the fray.”)

The Indian in the Cupboard by Lynn Reid Banks
The plastic Indian and locking cupboard nine-year-old Omri receives as a birthday present prove much more interesting than he first realizes when he discovers not only the secret to bringing his tiny friend to life, but the Indian’s ability to slip over into a dangerous wild-western world when he is not in Omri’s room. The dramatic adventures of the indian, and his tiny friends and foes, unfold throughout the five books in this series.

Catkin by Antonia Barber
When a young human girl is captured by the Little People who live in a secret realm behind the hill, her palm-sized cat embarks on a heroic mission to get her back. If you enjoy the cadence and imagery of folktales, this story may especially appeal to you.

Hob and the Goblins by William Mayne 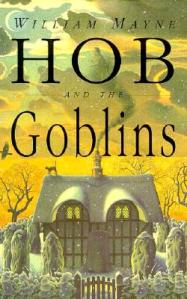 A British family moves into an old house in the country not knowing that a little house spirit named Hob lives under the stairs, or that their home contains a hidden door to the goblin world. The children of the family soon discover Hob and begin a series of adventures that extend through this book and on to a sequel.

The Minpins by Roald Dahl
Little Billy is tired of always doing as he’s told, so one day he ventures into the Forest of Sin, against his mother’s warning. A fire-breathing monster living in the forest chases the boy up a tree, where he discovers a whole community of matchstick-sized people called the minpins who also live in fear of the beast. Together, they hatch a plan to make the forest safe.